Isaiah Thomas Breaks His Silence Regarding His Hip Injury 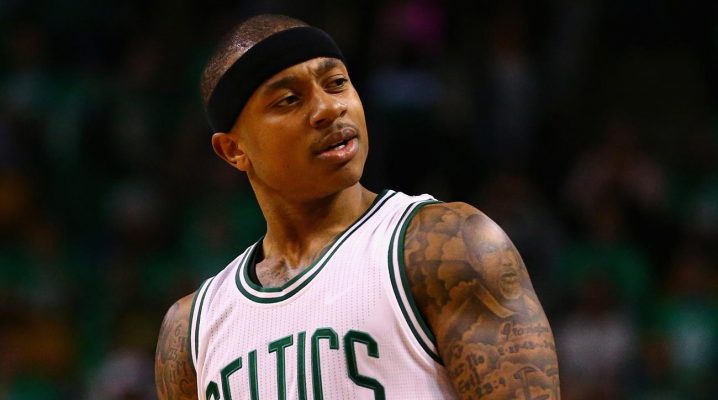 Since then, the point guard has remained quiet about the lingering hip injury that has left the potential blockbuster trade in limbo. That all changed on Tuesday, however, when the All-Star spoke with ESPN to discuss his injury and his future.

While some have predicted that the injury Thomas sustained last season would cause him to miss serious time in the upcoming season, Thomas is certain he will come back as strong as ever.

“I am not damaged,” Thomas told ESPN on Tuesday. “I’ll be back, and I’ll be the same player.”

He continued to say that there has been no indication that the injury will have any lasting effects on his ability to compete.

He added that he even played with the injury last season, and kept going until he couldn’t play any longer.

“I haven’t had one doctor tell me that this injury is going to hurt my career,” Thomas said. “Surgery was not the best option in this case. I aggravated it in March when [Minnesota’s] Karl-Anthony Towns fell on me. I kept playing on it, and making it worse — until I couldn’t play anymore last season.”

He also said that he has been consistently speaking with the Cleveland Cavaliers since his physical last Friday, but admitted that he is not positive what is going to happen next. Still, he remains confident.

“I don’t know what [the organization] is doing,” Thomas told ESPN. “It’s out of my control. I just want to talk about what I can control, and I know that this (hip) won’t be a problem into the future.”

Finally, Thomas revealed that he has been in contact with hip specialist Dr. Bryan Kelly, who works at the Hospital for Special surgery in New York.

“He told me, ‘I have seen hips worse than yours with guys who played at a high level and had great careers,'” Thomas said. “At the moment, yes, I am injured, but I have made progress from May.”

Since Thomas’ physical, the ultimate outcome has been cloudy. With so much uncertainty regarding the blockbuster trade, it seems clear that Thomas is focused on all the right things, and is clearly committed to being the best basketball player on the court he can be.