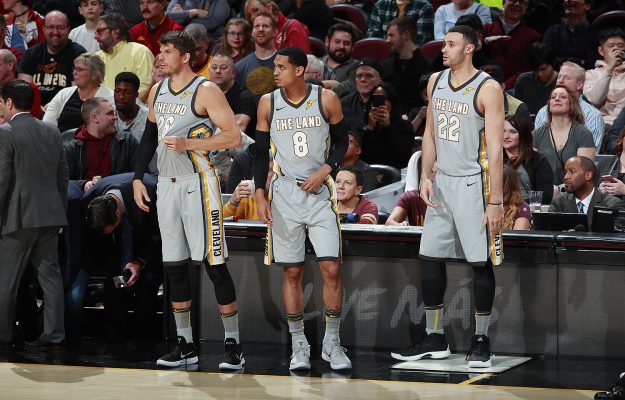 Despite a strong start last month for the new-look Cleveland Cavaliers, they have now lost two games in a row and appear to be struggling to find a groove. It seems that two-game slide has convinced Cavs head coach Tyronn Lue to make a change to his team’s starting lineup.

Leading up to Monday’s game against the Detroit Pistons, it was reported that Lue has decided to inject Larry Nance Jr. and Rodney Hood into the Cavs’ starting lineup.

With the news of Tristan Thompson‘s sprained ankle, it isn’t much of a surprise to see Nance get moved up to the starting five. As for Hood’s inclusion, Lue seems confident that having both him and LeBron James on the court at the same time will help jumpstart the Cavs’ offense.

The Cavs still have quite a lot of room to grow when it comes to team chemistry, and this move will offer yet another test to see how well they can perform despite their short time together.

Hopefully, Lue’s decision will prove to be the right one and the Cavs will be able to take home the win in tonight’s matchup.