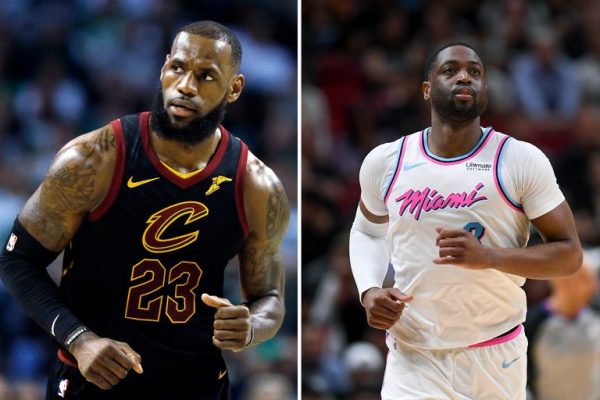 Former Cleveland Cavaliers guard Dwyane Wade‘s tenure with the team was brief, but his longtime friendship with Cavs superstar LeBron James remains strong. The latest evidence of that bond comes in a defense of his former teammate in the wake of controversial remarks that James made in reference to President Donald Trump.

They use to try and hide it.. now the president has given everyone the courage to live their truths. https://t.co/OwLSMHIG0m

Wade’s belief is that the communications approach taken by Trump has allowed many of his followers in the media to openly espouse what might be perceived as racism. The spark for Wade’s social media post was Fox News host Laura Ingraham‘s criticism of James’ belief that Trump only pretends to care about all Americans. In her comments on Thursday night, Ingraham stated that James should just “shut up and dribble” and avoid any political commentary.

Ingraham also referred to James’ remarks as “ignorant” and was technically mistaken in stating that “millions elected Trump to be their coach,” failing to point out that he lost the popular vote in the 2016 election to his Democratic candidate Hillary Clinton.

Opening herself up to charges of hypocrisy, Ingraham’s show has previously had on individuals with no background in politics, offering their opinions that defend the policies of Trump and Republicans.

Wade was traded on Feb. 8 back to the team where he spent the first 13 years of his career, the Miami Heat. Upon his return, the 36-year old veteran indicated that he would finish his career with the team.