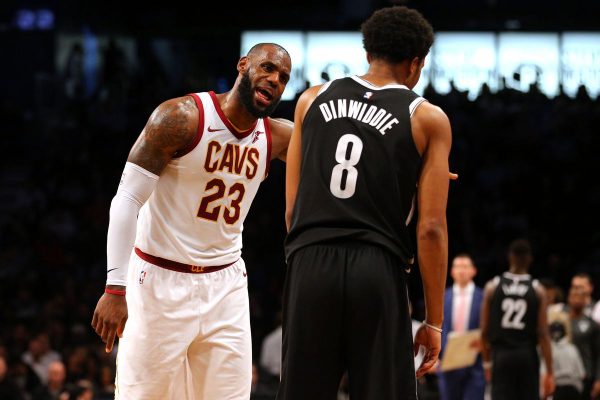 The Cleveland Cavaliers made plenty of news on Thursday when they traded away six players on their roster, as well as their own first-round pick. Yet even before those deals came to fruition, it appears that they were prepared to deal away the first-rounder that ultimately went to the Los Angeles Lakers to the Brooklyn Nets in exchange for guard Spencer Dinwiddie.

Dinwiddie is a 6-foot-6, 24-year-old who’s in his fourth NBA season. He was originally a second-round draft selection (38th pick overall) by the Detroit Pistons in 2014 and spent two seasons playing for the Pistons. After being traded by Detroit to Chicago, he was released by the Bulls and signed with the Nets in December 2016.

During his first three seasons, Dinwiddie was a reserve, but has started 45 of the Nets’ 55 games this season. In those games, he’s averaging 13.5 points and 6.7 assists.

The idea that the Cavaliers front office was disillusioned with its guards was evident in the fact that four of the six players they shed in the Thursday deals were part of the team’s backcourt.