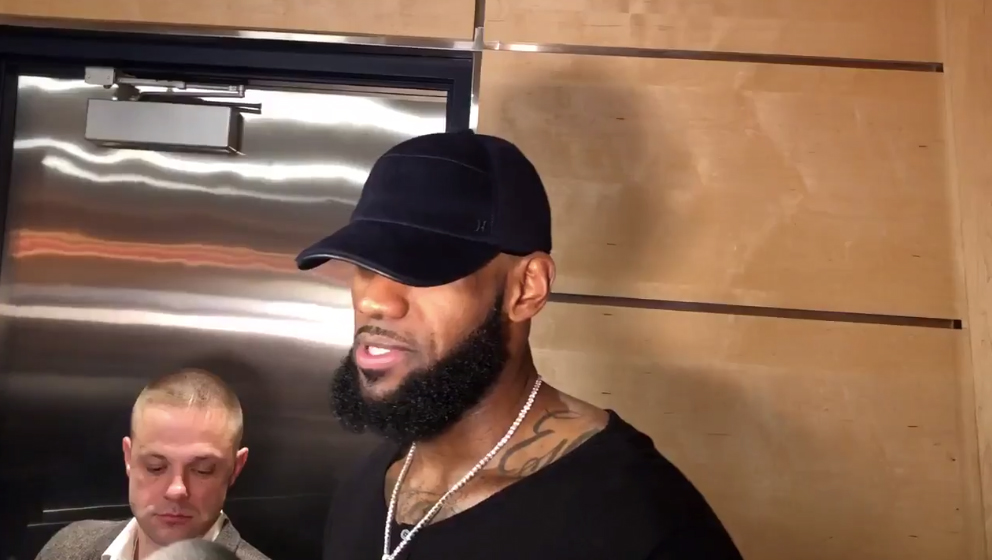 The Cleveland Cavaliers got embarrassed on Saturday night as they dropped yet another game to an elite team in a 120-88 humiliation to the Houston Rockets.

Nearly halfway into the season, it’s clear that in addition to a lack of effort, the team is simply not equipped with the energetic defensive weapons to keep up with the upper echelon of the league.

As the Feb. 8 trade deadline approaches, swapping out some aging specialty players with some two-way or defensive-minded players may be just the injection the Cavs need to get their season rolling again. But with David Griffin gone, and owner Dan Gilbert seemingly willing to stand pat as he prepares for life without Cavs superstar LeBron James, it’s tough to say if the Cavs will make anything changes by Thursday.

James has had some influence on the franchise’s trade deadline moves in the past, however, after Saturday night’s demoralizing defeat, he had this to say:

LeBron was asked if the Cavs need to make a move. “That’s not a question for me. I’m not the GM.” pic.twitter.com/NXc9ivbsTq

It’s abundantly clear that James and the Cavs have absolutely no chemistry and do not enjoy playing with each other at the moment. If the Cavs don’t do something by the trade deadline, this could be one of the most painful Cavs seasons in recent memory.