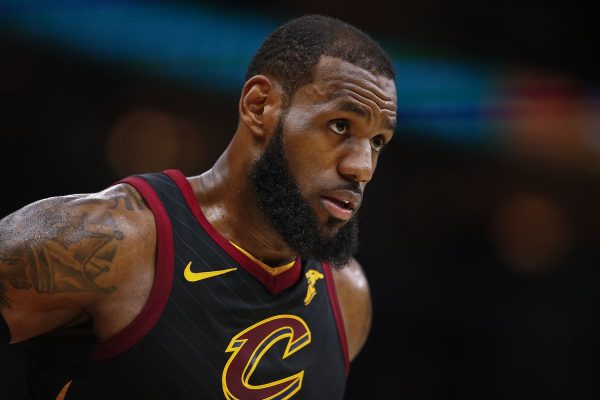 The continuing struggles of the Cleveland Cavaliers over the past month have seen them drop five of their last six contests and nine of their last 12. Optimists have pointed to the fact that the Cavaliers have struggled at the midway point in each of the last four seasons before then turning it on in the postseason, but veteran forward LeBron James rejects that comparison when looking at the 2017-18 team.

“Playoffs? We can’t even start thinking about that, not the way we’re playing right now,” James said according to Joe Vardon of Cleveland.com. “We could easily get bounced early in the playoffs if they started next weekend. Haven’t even began thinking about the postseason.”

James has played in each of the last seven NBA Finals, but is perplexed about the team’s slide that saw it lose at home on Saturday in an embarrassing 148-124 home defeat to Oklahoma City. The Thunder led from start to finish and shot 58 percent from the field.

No effort was made by James to pin the blame on his teammates or coaches. Instead, he chose to talk about how his own focus hasn’t changed.

“I don’t know. I mean, listen. I come to work every day,” James said. “Eleven o’clock practice — I’m here at 9. Game started at 3:30, I’m here at 11:30. I punch my clock in every single day, give everything to the game and to this team, so I can’t focus on what the lineup change may be or if there is or if something’s going on with our coaching staff, things of that nature. I’m going to play my game and I’m going to give my attention to the coaching staff when we’re going over our gameplan. I’m giving all my effort and my energy to my teammates, when we’re getting ready to go out there and play. I can control what I can control and that’s always how I lived my life.”

Since returning to the team in 2014,  James and the Cavaliers have thrived during the first three rounds of the NBA playoffs. The Cavs have won all nine of those series, six of them coming in 4-0 sweeps, and their record for those series being 36-5.

After Saturday’s games, the Cavaliers find themselves as the Eastern Conference’s third seed, a half game ahead of the Miami Heat. If they were to stay in that slot at the conclusion of the regular season, they would face the sixth seed, which is currently occupied by the up-and-coming Philadelphia 76ers.