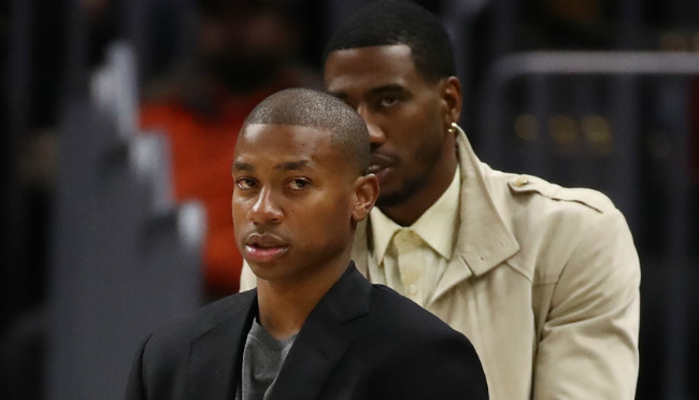 The Cleveland Cavaliers will be making their first appearance in Boston’s TD Garden this season when they travel to face off against the Boston Celtics this Wednesday. While Isaiah Thomas has already been ruled out for the game, the Celtics had seemed to be ready to give their former star a video tribute.

That is, until Thomas personally requested not to receive one.

According to Jay King of MassLive.com, the All-Star point guard not only requested to not receive a tribute, but he may not even travel with the team for Wednesday’s game.

“While sharing the news with reporters early Tuesday afternoon, a Celtics spokesman said he did not know why Thomas chose to make the request,” King wrote. “It could be that the guard would prefer to receive his ovation during a game when he can actually play. Though he will make his season debut Tuesday night, Thomas will not suit up Wednesday against the Celtics because he is not yet cleared to play in both legs of a back-to-back. Though he has typically traveled with the Cavaliers while dealing with an injured hip, it’s possible he might not even make the trip to Boston.”

Following this week’s matchup, the Cavs and Celtics play only once more during the 2017-18 regular season, when Cleveland travels to Boston on Feb. 11.

Perhaps then we will find out if Thomas simply wanted to wait to get a tribute, or if he is telling the Celtics that everything they once shared is now firmly in the past. Only time will tell.