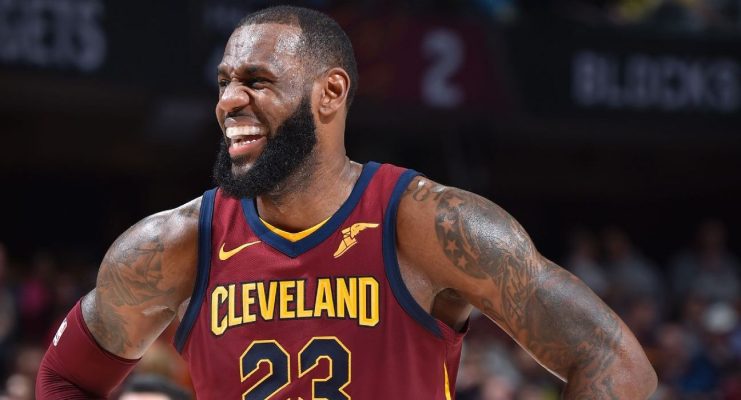 LeBron James is having another incredible year in the NBA this season. Though it wouldn’t have been shocking if the longtime pro started to show signs of slowing down, the four-time NBA MVP has only gotten better.

James is playing so well, in fact, that many are beginning to predict that by season’s end, he will be a five-time NBA MVP.

While preparing for Sunday’s game against the Washington Wizards, James spoke with ESPN’s Nick Friedell about what it would mean to win his fifth Maurice Podoloff Trophy.

“Team success is always the number one, but along the way if you’re able to accomplish some individual awards, individual achievements, it would mean a lot,” James said after Saturday’s practice. “I feel good. This is my 15th year, but this is one of the best years I’ve had as far as how I feel and I want to continue that. I want to kind of try to break the mold for the next generation. So just take the narrative out of ‘OK, you’re past your prime when you get [to] 31, or you’re past your prime in your 12th year in the league, or whatever the case may be.’ Hopefully I can break the mold so when the next guy comes, he can still get 200 or 300 million and be 33 years old. I’m serious. You guys are laughing, I’m serious. This is the mold I’m trying to break.”

James hasn’t lost a step since entering the league back in 2003, but his stats this year are impressive even for him. So far, he is averaging 27.8 points, 9.3 assists, and 8.5 rebounds per game, all above his career averages.

Despite his impressive play, the 2017-18 season is still quite young and it is certainly too early to simply hand James the trophy. If he can stay healthy and continue to lead the talented Cleveland Cavaliers roster to one of the top spots in the Eastern Conference, however, James will definitely be leading the conversation by season’s end.

James still has to win three more NBA championships to catch up to Michael Jordan, but one more MVP would put the King at a tie with both Jordan and Bill Russell. He would only need one more after that to tie with the all-time NBA leader for MVPs, Kareem Abdul-Jabbar. Winning three more championships seems like a much harder task, but with the way James is playing right now, nothing seems out of the question.