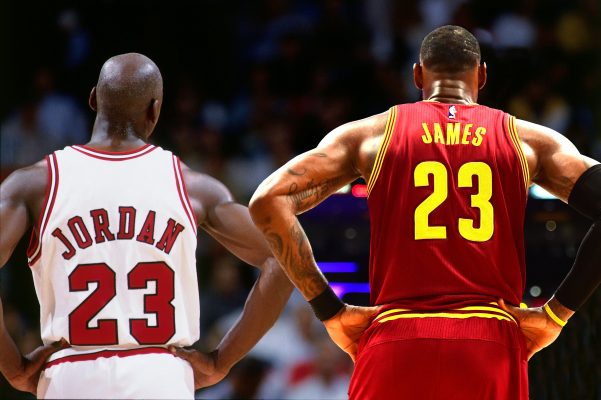 With LeBron James playing absolutely insane in his 15th year in the NBA, the Michael Jordan-LeBron James debates are starting to come out again. The reasons are fair as the Cleveland Cavaliers superstar is putting up a preposterous 28.3 points, 8.7 assists and 8.3 rebounds per game.

The latest NBA legend to comment on the comparison was none other than Hall of Famer Isiah Thomas. The former Detroit Pistons icon, who battled Jordan multiple times in the Eastern Conference Finals, hailed James as the better all-around player on FS1’s “First Things First.”

It’s no surprise the the four-time MVP is starting to gain recognition from the league’s legends. What James is doing this late in his career is unprecedented and truly marvelous. Although the 32-year-old has never been known for his scoring, he’s currently averaging the most points in his career in almost 10 years.

Furthermore, the all-around dominance extends to the rest of the league as James is top-3 in scoring and assists. Shooting at least 10 attempts a contest, James leads the league in field-goal percentage at 57 percent. Despite playing in the NBA Finals into June for the past seven straight years, the 6-foot-8 freight train has shown no signs of slowing down.

However, the age-old James-Jordan debates will likely be decided upon how many rings the King finishes with. If James’ all-around greatness can’t produce more championships, it will be hard to exalt him over the Chicago Bulls legend who finished 6-for-6 in the NBA Finals.

The Cavs take on Lonzo Ball and the Los Angeles Lakers on Thursday at 8:00 p.m.