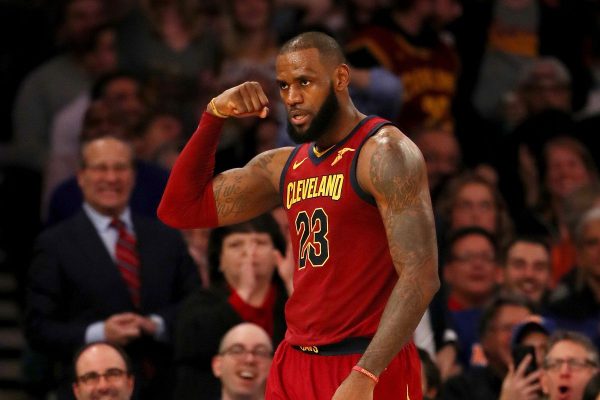 Cleveland Cavaliers forward LeBron James played a key role in helping turn the team’s 5-7 start into a 10-game winning streak. That effort resulted in James being named the NBA’s Eastern Conference Player of the Month for the combined months of October and November.

As noted in the tweet, James is sharing the award with Western Conference winner James Harden of the Houston Rockets. During the month of November, the two faced off against each on Nov. 9 in Houston, with the Rockets coming away with a 117-113 victory.

While the Cavaliers dropped that decision, they’ve yet to lose since, with James’ numbers and clutch performances a major reason for that success. He’s currently averaging 28.0 points, 8.5 assists and 8.1 rebounds per game. His averages for points, assists and rebounds make the only player this season to average at least 28 points, eight assists and eight rebounds per game.

James has also shown off his improved shooting touch, connecting at 58.4 percent from the field and 42.5 percent from long-range. The point production is third-best in the NBA, while the assists put him fourth among league leaders.