Referee From Tuesday Night Explains Why He Ejected LeBron James 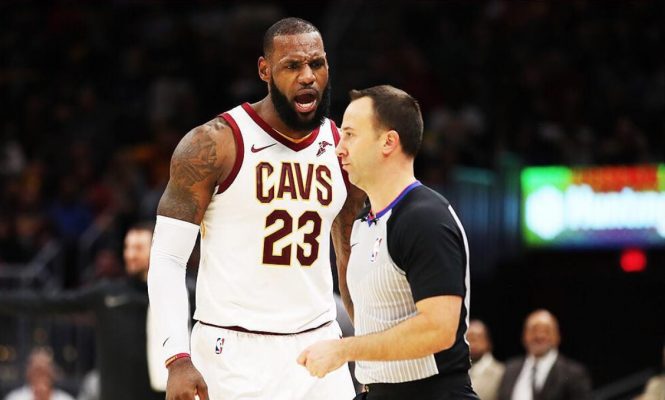 Prior to Tuesday night’s game between the Cleveland Cavaliers and Miami Heat, NBA referee Kane Fitzgerald likely wasn’t planning on doing something historic during the game. However, he ended up accomplishing just that when he ejected the Cavaliers’ LeBron James from the contest, marking the first time ever that James, a 15-year veteran, had been tossed from an NBA game.

Following the contest, Fitzgerald offered his side of the story:

The ref's side of the story.

Fitzgerald’s dismissal of James came with 1:59 left in the third quarter and with the Cavaliers comfortably ahead of the Heat by a score of 93-70. James’ ejection had no bearing on the final outcome, which ended in a 108-97 victory for Cleveland, its ninth consecutive win.

The source of James’ frustration was his belief that referees aren’t calling what he believes are obvious fouls.

Tuesday night’s contest was the 1,082 regular-season game of James’ storied career, with appearances in 217 playoff matchups also part of his legacy. Such numbers give a strong indication of why the ejection resonated far beyond the confines of Quicken Loans Arena.