Video: LeBron James Reacts to Being Ejected for First Time in Career 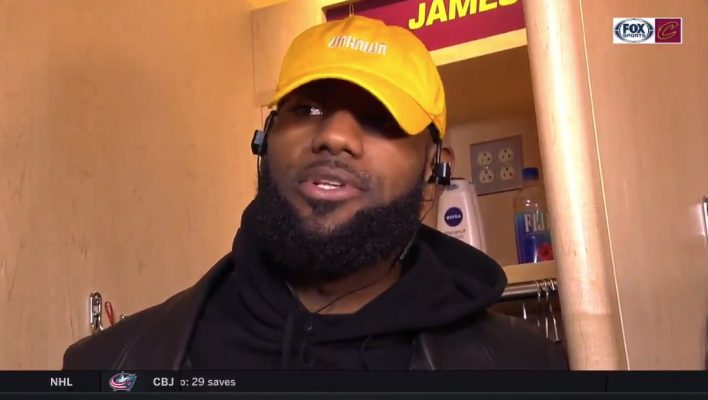 Cleveland Cavaliers forward LeBron James was ejected for the first time ever in his NBA career on Tuesday night during the team’s victory over the Miami Heat. He was asked about the historic event after the game had ended.

“Said what I had to say and I moved on, but he decided I should get two of them (technicals),” James said. “It is what it is. We got the win and that’s what’s most important.”

Adding to that were these words from James about the lack of calls he gets, citing his one trip to the foul line during the game:

LeBron gets asked about going to foul line just once in tonight's win. pic.twitter.com/CxcgE4NQsi

James was ejected from the game with 1:59 left in the third quarter and the Cavaliers holding a lead of 23 points, after having led earlier in the quarter by as many as 34. Miami was able to whittle the final margin down to 11 by the time the game had ended.

The Cavaliers will next be in action on Thursday night. While James can expect a fine from the league office, there’s no expectation that a suspension might be merited, especially since this is the first time James has been ejected.