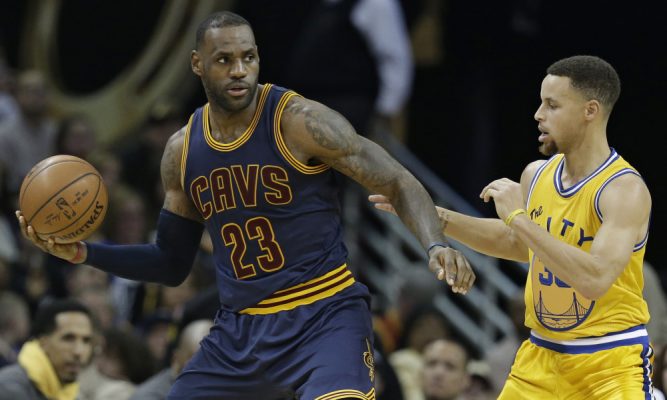 A number of the free agents the Cleveland Cavaliers have signed over the past three years have specifically cited the chance to play with LeBron James as one of the chief reasons for their signing with the team. However, it appears that not all NBA players relish the opportunity to share the court with James.

Sam Amico of AmicoHoops.net noted that one anonymous player was annoyed that James wasn’t seemingly committed towards trying to win every game:

“You mean you’re only going to play hard when it suits you? That’s the message you’re sending to your teammates?” the player said. “That’s really never OK.”

The player backtracked a bit, admitting that James “sure puts up great numbers for someone who acts so casual” about winning early in the season.

“I don’t know if I could play with him, though,” the player concluded. “As a leader, he sends a lot of mixed messages. Sounds like his coach is getting tired of it now, too.”

A nameless executive from an opposing team also offered some biting criticism of James:

“LeBron could never play for Golden State, and Golden State probably wouldn’t want him,” the executive said. “Because the Warriors like to keep things moving. That’s not LeBron’s game.”

The forced trade of Kyrie Irving to Boston was also referenced as being connected to what the executive perceived as James’ stifling presence.

“The more you watch Kyrie (this season), the more it looks like he made the right call,” the exec said. “He is playing easy and free — his game. His team is winning and he is the talk of the league. Aside from the winning, none of these things would be happening for Kyrie in Cleveland, not as long as LeBron is there. He looks much happier.”

The executive also concurred with the anonymous player about James’ purported disinterest in the early portion of the season:

“A team only goes as far as its leader takes it,” the exec said. “Sometimes, LeBron isn’t interested. Hell, he basically admits that every time he says, ‘It’s only October.’ If he is saying that, then his teammates will think it and play like it, too.”

Offering advice, the executive suggested that James needs to change his current approach:

“I’d think he would at least consider some things, consider trying to find new ways to win,” the exec said. “You lost one really great teammate. Your team is losing. What you used to do isn’t working. You don’t want to alienate everyone around you. It’s pretty clear his team needs him now more than ever.”

The reality of the entire situation is that such talk will disappear quickly once the Cavaliers start winning consistently. It’s also important to remember that doom-and-gloom projections connected to the Cavaliers have become an annual ritual, though such efforts have previously taken place in the month of January:

The Cavaliers are less than two months away from January 2018, which is when Isaiah Thomas is scheduled to return from his hip injury. At that point, the perceptions about James will again be closely watched, with the team’s win-loss record at that point likely to be a strong litmus test when it comes to the level of criticism towards the superstar.