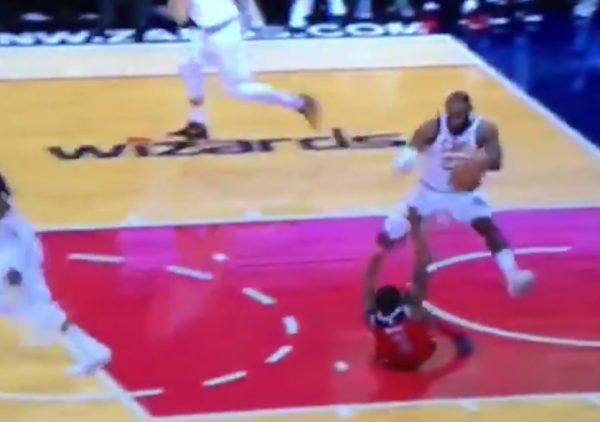 The Cleveland Cavaliers are making a statement on Friday night, as they are currently rolling over the Washington Wizards, 92-75.

Superstar LeBron James is leading the way with 32 points, seven rounds, four assists, and two steals, and his most epic moment may have come in the third quarter with a play that is more regularly seen in football rather than basketball.

LeBron showing how he's a better Superman than Henry Cavill will always be…And Kevin Love had to mess up the magic with the messed 3. pic.twitter.com/wvddXSnUlu

Bradley Bealfeaturedlebron jamesnews ticker
← Previous Story Video: Derrick Rose Draws ‘Oohs’ and ‘Ahhs’ From Crowd as He Puts on Show
Next Story → LeBron James: ‘This is the best I’ve felt in my career right now’ 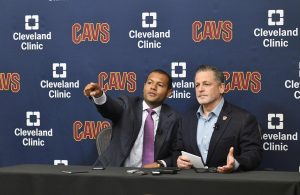 Report: Cavs Willing to Use Mid-Level Exception on Player They Deem Worthy

The Cleveland Cavaliers are reportedly willing to use their mid-level exception this offseason if they believe that a player...