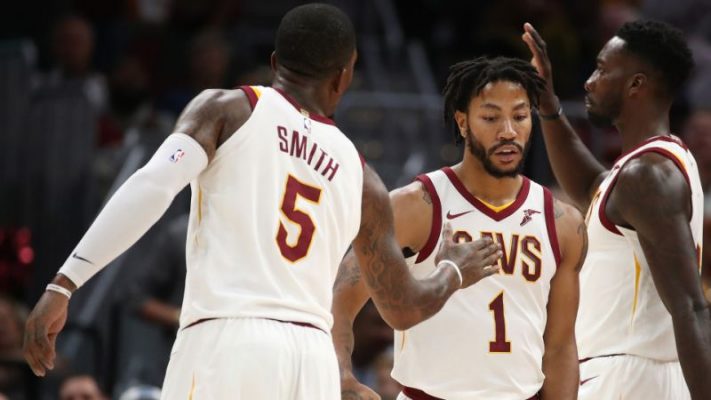 Early-season struggles over the last three games have resulted in the Cleveland Cavaliers tweaking their starting lineup yet again as they enter this weekend with a 3-2 mark and facing back-to-back contests.

One of the chief takeaways will be that Jae Crowder coming off the bench after being a starter during the first five games. In addition, LeBron James will be returning to his traditional position at forward after having been moved to point guard.

In Saturday’s road clash against the New Orleans Pelicans, Derrick Rose will return to the starting lineup at point guard after sitting the last three games because of an ankle injury suffered in the Oct. 20 road game against the Milwaukee Bucks. In the team’s three games since that injury, they’ve dropped two contests, the most recent coming in a Wednesday night loss on the road against the Brooklyn Nets.

Crowder’s statistical numbers in the Cavs’ first five games are similar to his career averages, though his rebounds have dipped from 3.8 per game to just 2.8 this season. Meanwhile, J.R. Smith has struggled with his shooting thus far, connecting on just 10-of-41 (24.4 percent) from the field and 3-of-25 (12.0 percent) from long-range.