Don't Miss
Home / Rumors / Report: What Suns Are Seeking From Cavs in Exchange for Eric Bledsoe

Report: What Suns Are Seeking From Cavs in Exchange for Eric Bledsoe 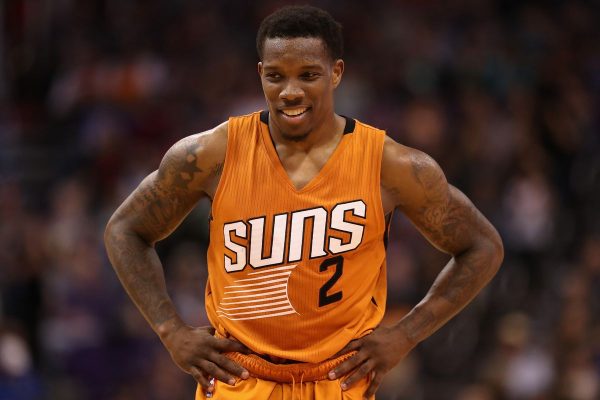 On Sunday, the Phoenix Suns fired head coach Earl Watson, a move that continues the team’s focus on rebuild its coaching staff and roster. One of the players expected to be dealt soon in order to further that rebuilding process is point guard Eric Bledsoe.

Sam Amico of AmicoHoops.net indicated that trading Bledsoe could once again involve the Cleveland Cavaliers in the process. The Suns and Cavaliers had discussed a possible trade when the Cavs were in the midst of trading Kyrie Irving over the summer, but the two teams were unable to come to any sort of agreement.

Amico wrote that the first-round Brooklyn Nets pick that the Cavaliers acquired in the Irving deal with the Boston Celtics will be the centerpiece of any trade:

“The Suns want to keep their youth movement going and add to the likes of guard Devin Booker, rookie forward Josh Jackson, fourth-year man T.J. Warren and others. Another draft pick, particularly a supposed lottery pick such as the one from the Cavs (via the Nets), is on their radar, sources told Amico Hoops.”

However, the Cavaliers will be seeking more than simply Bledsoe if any deal is to be made.

“Opposing GMs who have spoken with the Cavs say the price for the Nets pick is extremely high,” Amico wrote. “One said the idea of the Suns being able to acquire the pick in a deal for just Bledsoe and another older player ‘doesn’t seem likely to me.'”

The Cavaliers could use as much depth at possible at the point guard position, as they seek to reach the NBA Finals for a fourth consecutive year. Whether or not they make a concerted effort to acquire Bledsoe will boil down to who else they can get from the Suns and how highly they prize the Brooklyn pick — one that conceivably once again give the team the top pick in the 2018 draft.