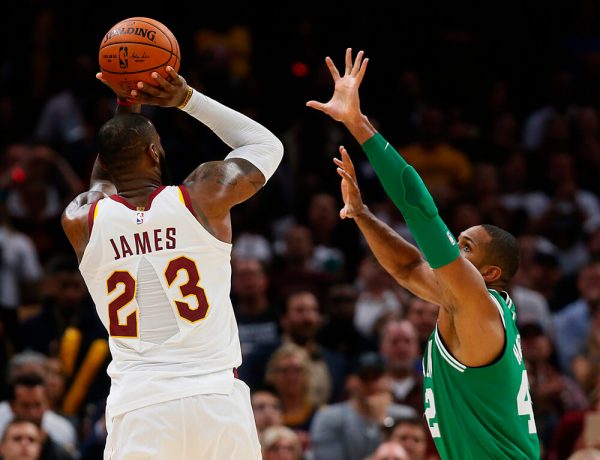 During Tuesday night’s season-opening victory over the Boston Celtics, Cleveland Cavaliers forward LeBron James was forced to deal with the unique problem of playing a portion of the game with a torn jersey. Despite that issue, some good will come of the incident since the NBA will be auctioning off James’ jersey.

Darren Rovell of ESPN noted that the back of James’ jersey split down the middle after he was grabbed by the Celtics’ Jaylen Brown. Despite that grab, no foul was called on Brown, though a subsequent review by the league indicated that officials erred in the non-call.

The spate of natural disasters that have taken place over the past few months has resulted in billions of dollars of damage. To assist in that area, the NBA is not only auctioning off James’ torn jersey, but those of others from the three other teams that played on Tuesday night.

“James’ torn jersey itself, which was being looked at to find any unforeseen issues, is being auctioned by the NBA, along with other jerseys from opening night, with the proceeds going to hurricane-relief efforts,” wrote Rovell. “As of 7 p.m. ET Wednesday, bidding was at $7.960 The auction closes on Oct. 26.”

Nike is now in charge of supplying the NBA with their uniforms, though the company is uncertain about exactly why the jersey tore. Rovell indicated that it’s not the first time that an NBA jersey has suffered that fate. During the first game of the Los Angeles Lakers‘ preseason on Oct. 12, Tyler Ennis played a portion of that contest with one of his numbers dangling from his jersey.

James will be wearing a Cavaliers road jersey in his next contest, which takes place in Milwaukee on Friday night.