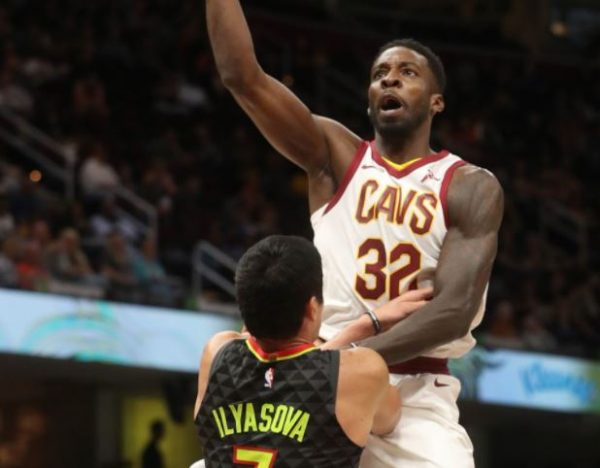 When veteran forward Jeff Green signed with the Cleveland Cavaliers in July as a free agent, the lure wasn’t a monster contract. Instead, the veteran who is set to begin his 10th season in the NBA saw a solid opportunity to obtain something that has eluded him during the course of his career: an NBA championship.

Joe Gabriele of NBA.com spoke with the 31-year-old Green about his wide-ranging career that’s seen him play for five other teams prior to his signing with the Cavs. One clear indication of Green’s desire for a championship ring was his willingness to take a huge pay cut to play for a team whose salary cap issues only allowed it to offer a veteran’s minimum contract of $2.3 million. Last season, he earned $15 million while playing for the Orlando Magic.

The 6-foot-9 Green’s career began as the fifth overall selection by the Boston Celtics in the 2007 NBA Draft. However, even before he played a game, he was dealt to the Seattle Supersonics (now Oklahoma City Thunder) before being traded back to the Celtics in 2011. Two of the reasons that compelled Green to sign with Cleveland was his comfort level with head coach Tyronn Lue, who was an assistant during his Boston years and the chance to play with LeBron James.

“I know T. Lue from my Boston days. And you get the chance to play alongside, and with, or behind LeBron James, to learn a lot from him,” Green said. “I see how he’s at the point in his career where he is, and to learn from that and help with my career. I couldn’t pass that up.”

Yet the allure of raising the Larry O’Brien Trophy next June also served as a major enticement for Green.

“It wasn’t a matter of timing or when it happened. It was just when I got the call and thought about it. And I didn’t have to think long. I wrote down the pros and cons of what I wanted. And this situation fit every ‘pro’ on that list.”

Green also has a special feeling for the city of Cleveland because of the simple fact that he was able to get past a life-threatening situation due to medical treatment at the Cleveland Clinic. In 2011, he was forced to miss the entire NBA season because of an aortic aneurysm. Surgery at the Clinic left him with a nine-inch scar on his chest, but it also put things in perspective for him.

“The time I spent in the Clinic, the nurses, my surgeon, Dr. Svensson, everything was top notch, everything was amazing – the hospitality that they showed me,” Green said. “I was truly grateful to have that team surrounding me and have them be basically in control of my life, at that time during the surgery. I guess that period allowed me to align my perspectives in life, to really put what’s most important in front and not take for granted a lot of things.”

Having averaged 13.5 points and 4.7 rebounds during his career, Green won’t be expected to put up similar numbers, though the Cavaliers are expecting him to provide a much-needed breather for James during the course of a game. In Green’s mind, going against James on a regular basis in practice only figures to make him better.

“It’s great, it’s a challenge with him being who he is and what he brings to the table. And it makes me better,” Green said. “But it pushes me to make him better as well. So, I’m going to do my part. He’s helping me, making me better.”

Green is set to take on any role he’s asked to perform.

“Wherever they put me on the floor, I’ll figure it out. So, my job is to go out there and just play basketball,” Green said. “I’m versatile, a slasher, and I can get to the rim. I’m gonna attack the rim, make the open jump shot. Basically, I’m a point forward — a guy who can do a lot of things.”

Green and the Cavaliers will get a chance to begin their quest for a title when the regular season kicks off on Oct. 17, when the Cavaliers host Green’s old team, the Celtics.