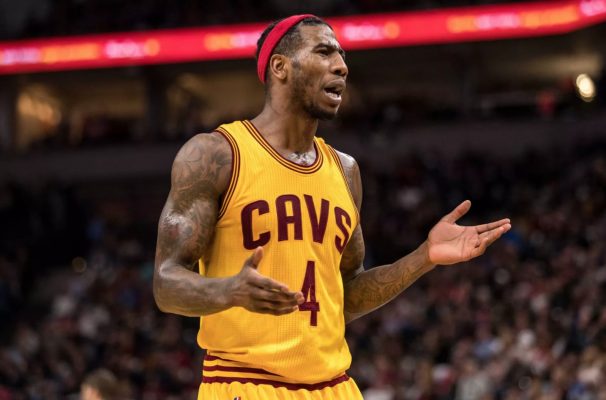 The Cleveland Cavaliers kicked off their preseason schedule on Wednesday against the Atlanta Hawks and in the first quarter, Iman Shumpert suffered a left foot injury. The team announced that Shumpert would not return to the game shortly after.

Iman Shumpert suffered a left foot injury in the first quarter and will not return tonight, per the Cavs.

The injury occurred when Shumpert missed a would-be dunk and landed awkwardly on his left foot with 2:16 left in the quarter. He then limped to the locker room and did not return for the rest of the half.

Rookie Cedi Osman took the court in Shumpert’s absence. The severity of Shumpert’s injury is unknown. Hopefully it is nothing serious and the athletic guard can return to the lineup soon.