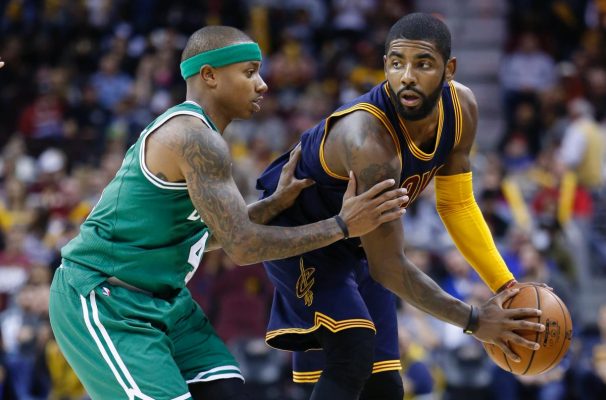 News broke on Tuesday of the possibility of a blockbuster deal between the Cleveland Cavaliers and Boston Celtics that would involve Kyrie Irving and Isaiah Thomas as the key pieces.

Also part of the potential deal would be forward Jae Crowder along with center Ante Zizic and future draft picks. While selections from a playoff team might ordinarily mean later-round picks, the Celtics own the Brooklyn Nets’ first-round selection, which is likely to be a lottery pick.

The 28-year-old Thomas, who stands 5-foot-9, averaged 28.9 points and 5.9 assists last season, having come into his own over the past two seasons. Crowder is a 27-year-old defensive ace, who averaged 13.9 points and 5.8 rebounds last year.

Zizic is the wild card of the group. The 20-year-old was drafted in 2016 as the 23rd overall pick and stands 7-feet tall, though he played internationally this past season in Croatia.