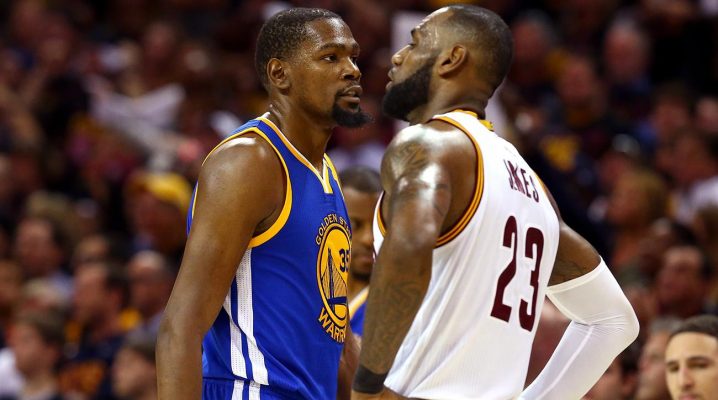 Any debate between fans, members of the media and other NBA players about whether Cleveland Cavaliers forward LeBron James is better than Golden State Warriors forward Kevin Durant could result in an extended conversation between each side. In the case of Durant himself, one simple word is enough to offer his opinion on the subject, which was among the comments on his YouTube channel.

KD shuts it down. pic.twitter.com/dl35g2JNT2

The 28-year-old Durant is coming off an MVP performance during the NBA Finals that saw his Warriors team dethrone the champion Cavaliers. That gave Durant his first league title, putting him two behind James in that category, who has earned Finals MVP accolades following each of his three championships.

Though the 2017-18 NBA season isn’t set to begin for three more months, both the Cavaliers and Warriors are currently the favorites to face each other in the Finals for the fourth year in a row. That could allow Durant the opportunity to reduce his deficit against James or provide the Cavs veteran the opportunity to boost his title lead back to three.