Report: Smith to Soon Begin Engaging With Other Teams, Cavs Interested in Chalmers 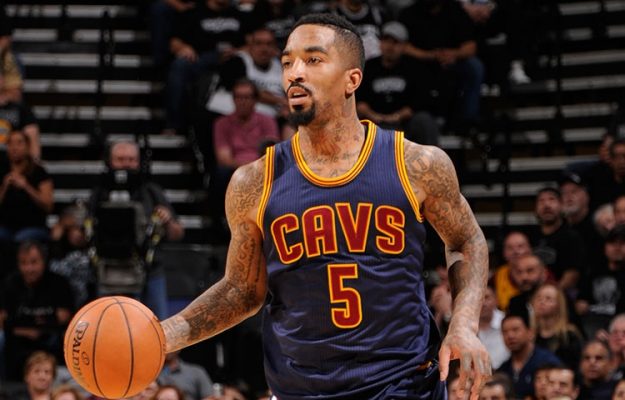 Although the NBA regular season starts in less than two weeks, the Cleveland Cavaliers and J.R. Smith have yet to strike a deal to bring the popular guard back to the team.

It now looks like Smith isn’t willing to wait around. According to ESPN senior writer Marc Stein, the shooting guard will soon begin engaging with other teams:

“Sources say it’s only a matter of time before Smith starts engaging with other teams. There are currently six, for the record, with anywhere from $13 million to $27 million in available cap space: Minnesota, Phoenix, Utah, Denver, Brooklyn and Philadelphia.”

As much as the Cavs want Smith back in Cleveland, they just don’t want to give the 31-year-old a superfluous amount of money. However, just like how Smith is beginning to look at other options, the Cavs have also begun looking elsewhere on the market. The defending champions have one player in mind: Mario Chalmers.

Stein reports that the Cavs have “strong interest” in the two-time champ:

“Separate from the Smith saga, rumbles persist that Cleveland has strong interest in reuniting LeBron James with his old Miami teammate Mario Chalmers when the veteran point guard is sufficiently healthy to return from Achilles surgery in March.”

Chalmers, 30, is coming off an Achilles injury he had sustained with the Memphis Grizzlies last season. The guard and James have a good connection, from their time played together on the Miami Heat, which could ultimately lead to a reunion.

If Smith is unable to lower his asking price, the Cavs won’t hesitate reaching out to other available guards, like Chalmers. Expect to hear some major news soon about the two parties because it looks like neither side is willing to wait around.