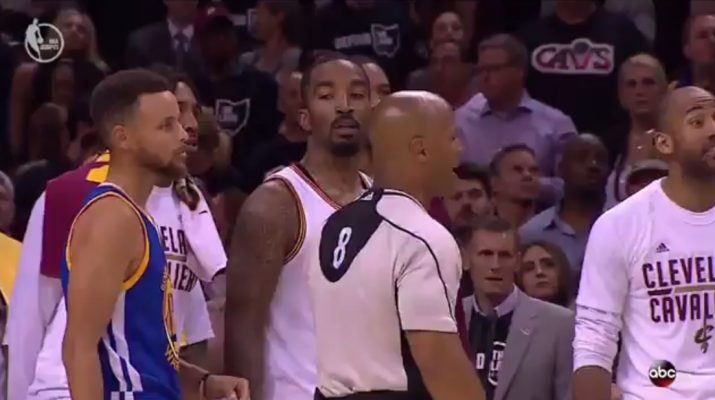 The Cleveland Cavaliers are off to an incredible start as they have set a new NBA Finals record with 49 points in the first quarter of Game 4 against the Golden State Warriors.

However, midway through the second quarter, things started to get a bit heated as Warriors forward Kevin Durant was caught jawing back and forth with Cavs reserve Dahntay Jones.

Watch the play unfold for yourself below.

Dahntay Jones get a technical foul after barking at Kevin Durant from the benchpic.twitter.com/mZDwaxKb2h

dahntay jonesfeaturedKevin Durantnews ticker
← Previous Story LeBron Discusses One Thing That Almost Stopped Him From Returning to Cleveland
Next Story → Video: LeBron James and Kevin Durant Get Into Heated Confrontation