Report: Steve Kerr to Return as Head Coach of Warriors in Game 2 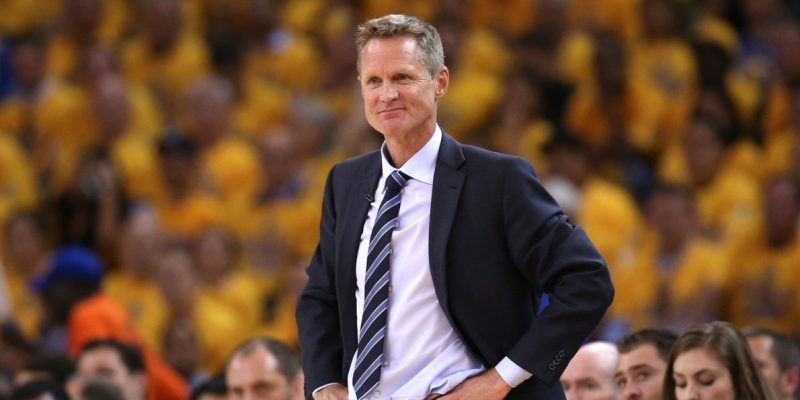 While the Cleveland Cavaliers are looking for a different result on the scoreboard for Game 2 of the NBA Finals, the sidelines of the Golden State Warriors will have a decidedly different look after it was announced that their head coach Steve Kerr will return to coach the team. Kerr has been absent since Game 2 of the first round of this year’s playoffs, as he continues to struggle with complications from back surgery that was performed two years ago.

Per @daldridgetnt, Head Coach Steve Kerr will coach the Warriors in Game 2 tonight

“My intention is to coach tonight and the rest of the series,” Kerr said before joking about the work of assistant coach Mike Brown in his absence.

“The numbers are totally deceiving. You can talk 15-0 or whatever [Mike Brown] was, but I think the team is falling apart at the seams.”

The cautious stance of Kerr regarding his return to coaching the Warriors was evident when he first announced plans to temporarily step away from coaching during games:

“I will say this—this is not going to be a case where I’m coaching one night, not coaching the next,” he said. “I’m not going to do that to our team, our staff. We’re hoping that in the next week or two, whatever it is, I can sort of make a definitive realization, deduction, or feel that I’m just going to do this or I’m not.”

While not doing any in-game coaching, Kerr has attended team practices and had planned on traveling with the team to Cleveland for Games 3 and 4 this week.