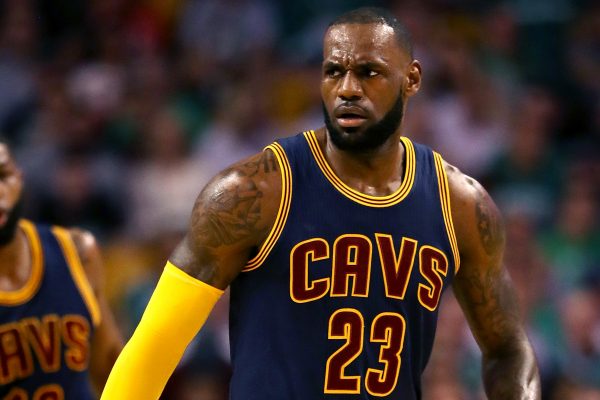 The Cleveland Cavaliers were blown out in Game 1 against the Golden State Warriors. After both teams stormed through their respective conferences, the highly anticipated Game 1 ended in a lopsided affair as the Warriors flew out of the gates to take the victory, 113-91.

It was a disappointing outcome for the Cavs, who spent the past week game-planning for one of the truly special offenses the league has ever seen. This season, the Warriors added scoring machine Kevin Durant to their already free-flowing offense, and the former MVP has added another dimension to the Dubs. Durant finished with 38 points on the evening in his first NBA Finals appearance since 2012.

Cavaliers leader LeBron James outlined the headache Durant and company pose for his squad after the deflating loss. Despite the King having a stellar game of his own, dropping 28 points and grabbing 15 rebounds, James understands the Wine and Gold must clean up their mistakes heading into Game 2.

Many Cavs fans were left very disappointed as their squad was blown out, but no team responds better to adversity than James and the Cavaliers. In fact, a peculiar fact about James’ championship triumphs should give Cavs fans no reason to worry, as the reigning Finals MVP has lost every Game 1 en route to all three of his championship rings.

It is a strange reality, but the kid from Akron has never won the first game in a Finals series in which he has taken home the championship trophy as well as the Finals MVP. In fact, James has only won a Game 1 in a Finals series once throughout his eight trips to the NBA’s biggest dance. This is good news for Cavs fans, as James always calls the first game of any series a “feel out” game.

The world champs may have gone down, but more importantly, it may have shown them exactly what they need to do moving forward in order to gain an advantage. Look for the four-time MVP and his troops to bounce back in Game 2 before the series heads to Cleveland. Never fear Cavs fans, there’s a long way to go.