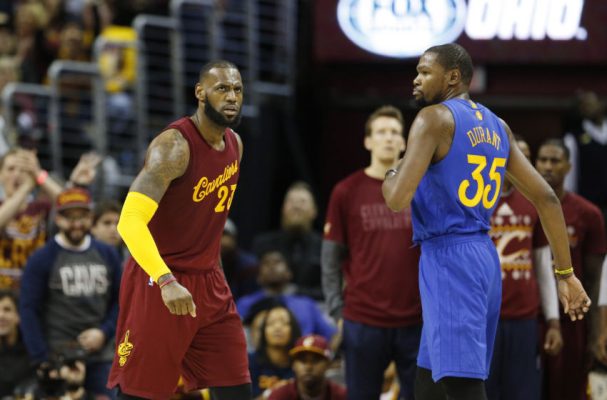 It’s the matchup we’ve all been waiting for.

Since before the start of the 2016-17 NBA season, fans, media, and players alike knew who would be facing off against each other come NBA Finals: the Cleveland Cavaliers versus the Golden State Warriors.

The two teams will be making history as the only two teams to face each other in the Finals for three consecutive years.

Here is a full schedule of the highly anticipated 2017 NBA Finals beginning on June 1, courtesy of NBA.com: 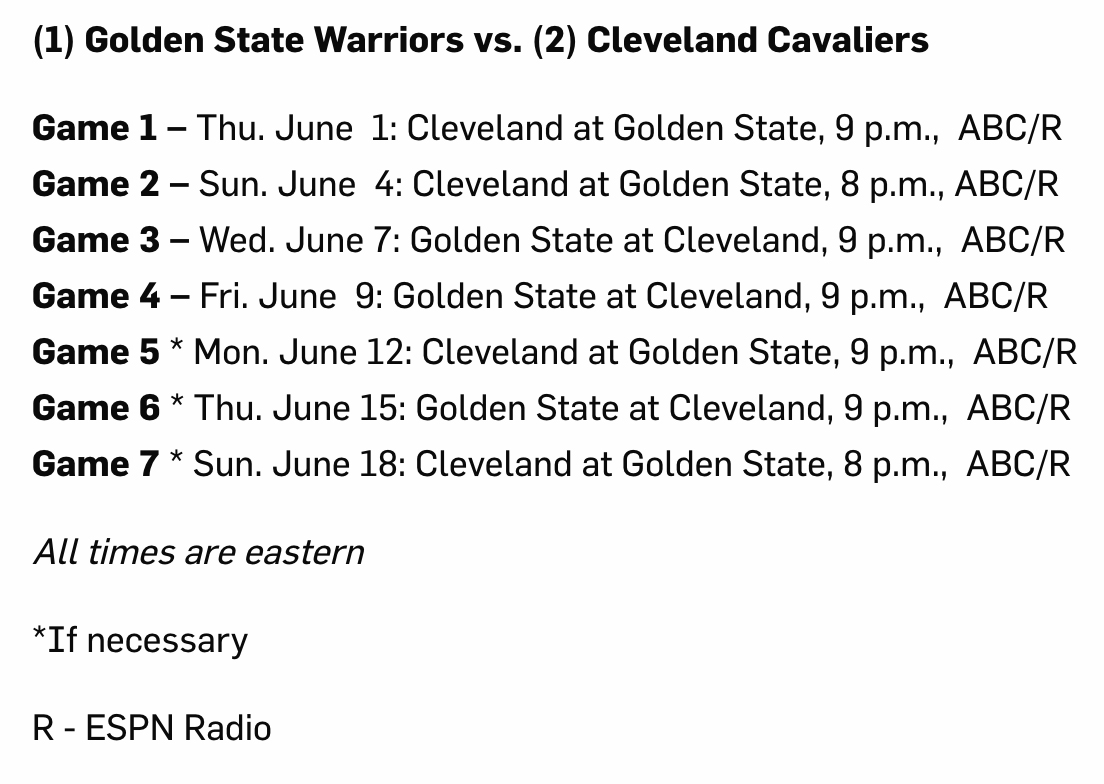