Video: Cleveland Cavaliers Staying Loose While Getting Back to Work 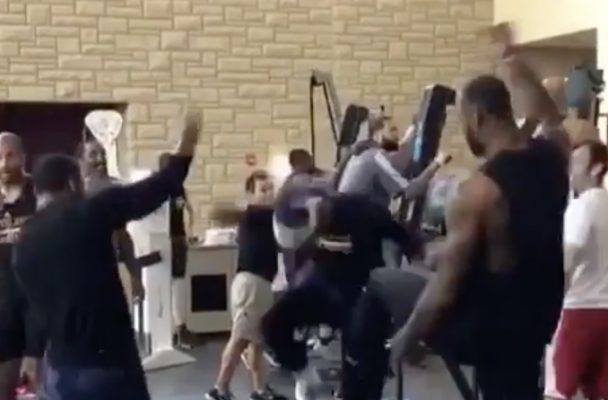 While getting back to their task of capturing a second consecutive title after sweeping the Toronto Raptors on Sunday, the Cleveland Cavaliers appear to be showing no concern over that stiff challenge. That was evident from the short Instagram video posted on Wednesday that showed off the dance moves of LeBron James, Kyrie Irving and Iman Shumpert as they completed their fitness training for the day.

?In Cleveland I milly rock? (via @djstephfloss)

The Cavaliers won’t return to the court for an official game until at least Sunday and perhaps not until as late as May 17. They have to await the outcome of the Boston-Washington Eastern Conference semifinal series, which resumes for Game 5 on Wednesday night in Boston. The series is currently deadlocked at two games apiece.