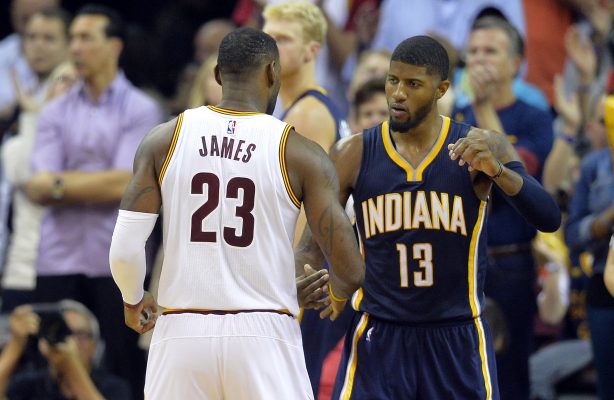 With the Cleveland Cavaliers wrapping up game No. 82 on Wednesday night against the Toronto Raptors, their playoff matchup has been set in stone.

The second-seeded Cavs will be taking on the seventh-seeded Indiana Pacers on Saturday afternoon in a game set to tip off just after 3 p.m. E/T.

The Cavs hold a 3-1 record against the Pacers during the regular season, and forward LeBron James has been historically known to dismantle Paul George and his squad during the playoffs.

Nonetheless, a young and hungry Pacers team will be looking to upset the defending champs in the first round.