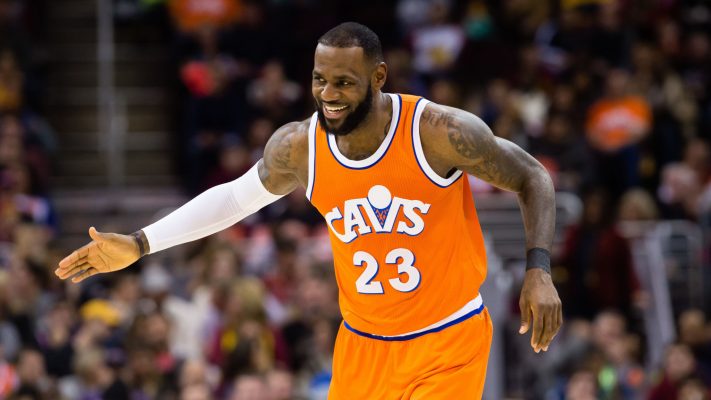 LeBron James may not have taken to the floor for the Cleveland Cavaliers’ last game of the regular season, but it didn’t stop him from making NBA history on the evening.

It’s an extraordinary feat, and James climbed above both Robertson and Jordan, trumping both of their single most efficient seasons within the league.

James’ efficiency has been extraordinary this season, and for an individual that takes a high volume of jump shots, to connect on a shade under 55 percent from the floor is incredible. He continues to climb the NBA’s all-time ladders on what seems like a nightly basis, displaying the sustained dominance he’s had within the association.

James also became the only player in NBA history to record a career-high in rebounds (8.6) and assists (8.7) in his 14th NBA season, and despite murmurs of him slowing down, it could well and truly be the best individual season of the King’s career to date.

His regular season was impressive, but it’s now his favorite time of the year. NBA fans eagerly await the postseason, as James takes his game to a level very few in the history of the game can go to.

The three-time champion will be ready to do it all over again, as his pursuit for back-to-back champions for the Wine and Gold rages on.

You’re about to see it all from James, and don’t be surprised if he breaks a few more records along the way.