Video: LeBron and Several Other Cavs Players Seen Partying in Miami Night Club Until 3:30 AM 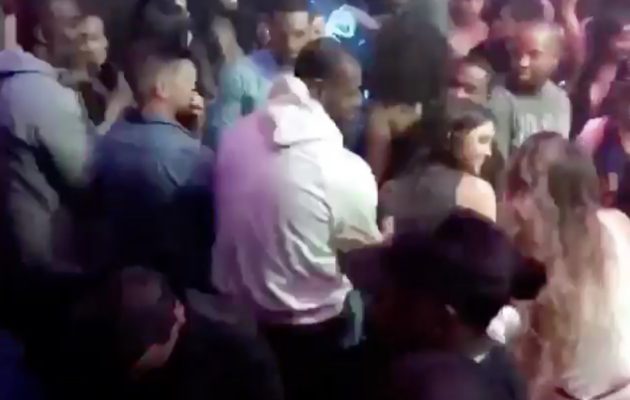 After two consecutive embarrassing losses to the Atlanta Hawks, LeBron James and some of his Cleveland Cavaliers teammates were seen in a Miami nightclub until 3:30 a.m. on Monday morning.

In TMZ’s article about the late night partying, which also included J.R. Smith and Tristan Thompson, a grainy video was posted via Instagram and hinted that James won’t be playing against the Miami Heat on Monday night.

Tim Angelo of the Palm Beach Post indicated that the situation is similar to Cleveland’s previous visit to Miami last month:

“James and Kyrie Irving rested the only other time the Cavaliers were in Miami this season, March 4. Kevin Love was out with a knee injury. Cleveland also played the previous night in Atlanta before that game and James also was spotted at club LIV after arriving in town.”

The Cavaliers will end the regular season on Wednesday night with a home game against the Toronto Raptors and then begin the postseason this weekend against an opponent that has yet to be determined.