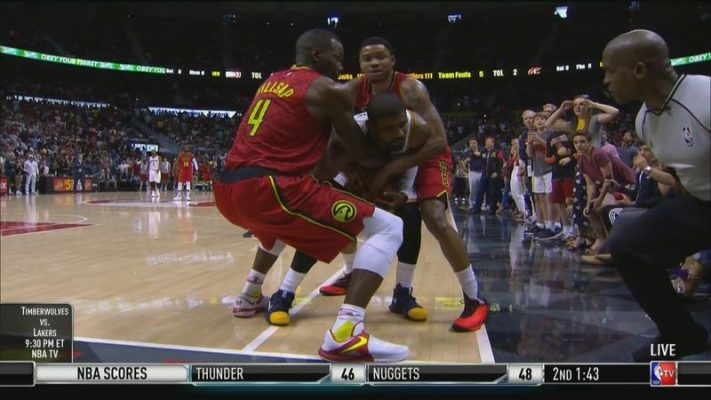 During the Cleveland Cavaliers’ shocking loss to the Atlanta Hawks on Sunday afternoon, postgame comments by both LeBron James and Kyrie Irving about the game’s officiating were perceived by critics as sour grapes. However, the NBA ruled on Monday that three key mistakes were committed by those officials.

While those mistakes favored the Cavaliers, other criticisms were determined to be correct:

In addition to those determinations, the league found that Cavaliers head coach Tyronn Lue should have been whistled for a technical foul with 25 seconds left in overtime. Lue had crossed halfcourt to signal for a timeout.

Despite the corrections, the rulings won’t change the outcome of the game and those same critics will point out that the Cavaliers had a 26-point lead to start the final quarter. Cleveland closes out its regular season with a road game on Monday night at Miami and a home game on Wednesday night versus Toronto.