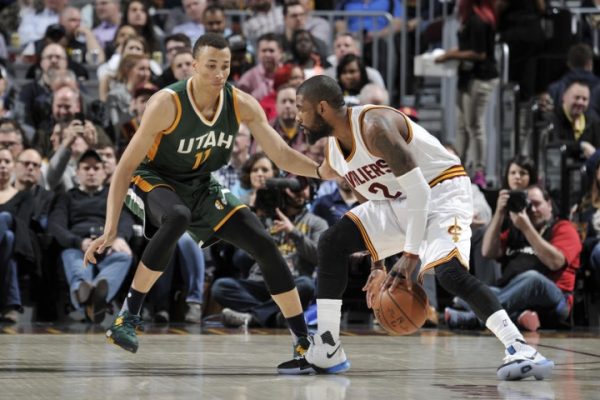 During the Cleveland Cavaliers’ 91-83 win over the Utah Jazz, the latest injuries to befall the team hit the team’s backcourt especially hard. Point guard Kyrie Irving left the game due to tightness in his left knee and Iman Shumpert left due to what was later described as a left shoulder sprain.

In an effort to limit the amount of speculation that will likely develop in the wake of such abrupt departures, Cavaliers head coach Tyronn Lue indicated that neither injury was of particular concern:

“Fortunately for us, our guys are OK. Nothing serious, we’re fine with those two guys,” Lue said.

Lue was then asked to elaborate on each injury:

“With Kyrie, just a left knee tightness, but nothing serious, he’s fine,” Lue said. “He just needs to be cautious, but he’s good. Shump, he’s going to be day-to-day. He’s going to be fine, so we got out that pretty lucky,” Lue said.

The injuries to the two guards came on the same night that Kevin Love was returning from arthroscopic knee surgery. In addition, Kyle Korver didn’t dress because of his continued foot problem and Derrick Williams sat out due to a right quad injury. Just one week ago, J.R. Smith returned to action after missing nearly three months with a fractured thumb.

The Cavaliers will be on the road for their next four games, beginning with a pair of games in Los Angeles this weekend, facing the Los Angeles Clippers and Los Angeles Lakers, respectively, on Saturday and Sunday night.