Iman Shumpert on 2015 Knicks Trade: Cavs ‘Grabbed Me Out of Hell’ 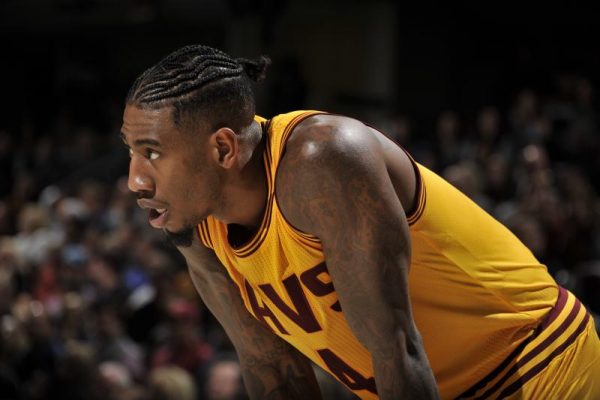 It’s been 26 months since Cleveland Cavaliers guard Iman Shumpert was acquired along with J.R. Smith from the New York Knicks. Since then, the Cavaliers have been to two NBA Finals, winning a title last year, while the Knicks have continued to flounder.

Shumpert is well aware of how dramatically his career has changed for the better with that midseason deal from two years ago. He spoke to HoopsHype.com about the circumstances of the trade and the immediate aftermath:

“I was never the new kid in school or anything, so this was the closest thing for me to changing schools and going through that. For me, it would’ve been cool if [things ended differently with the Knicks]. I was hurt when I got traded, so it would’ve been cool for me if I had at least gotten to play my last games with them,” Shumpert said. “I was sitting out for like a month and by the time I got traded, it was a deflating feeling, especially with that season that we were having. I felt like I didn’t get a chance to help get us out of the hole, you know what I mean? (winces) I just felt bad and felt like we had dropped a bunch of games. I felt bitter that I had to leave on such a bad note. I just remember the feeling [sucked]. It was like, ‘Ah, I’m hurt, we’ve lost a bunch of games in a row and then I’m traded.’ Then, shortly after we walk in and we get to playing with the Cavs, we go on a long winning streak. I kept thinking back to my old teammates like, ‘Damn, I was hurt and we were losing. Now I come here and I’m playing well and the energy is great.’ I just felt like they kind of grabbed me out of hell. And every game was being showcased on TV and we’re winning. It was just crazy. I was happy, but I felt bad too.”

Fitting in with his teammates was much easier than Shumpert had expected:

“I remember when I first got here [to Cleveland], there were some times when I was trying so hard to stick to my normal pre-game routine, but it’s hard. The time it takes to get to the arena is different from what I was used to in New York, so I’m trying my best not to be late to anything. You’re getting everywhere just barely on time because you [have to factor in] that you may have trouble finding the place,” Shumpert said. “The good thing about coming here was that the guys sort of made light of it because they know what it’s like and know it’s hard to adjust. Fortunately, I had a lot of the guys on the team that I already knew too. Me and Kyrie (Irving) have always been close. To relax, I could go to his house instead of being in my hotel room all the time. It was nice going to an actual house; it helped and things slowed down and I felt more normal.”

In addition, the makeup of the Cavs roster, with its veteran heavy presence aided in the transition process:

“Having so many veterans helped, especially with the professionalism. Each guy knew their body, knew that they had to come in and get certain work done. There’s really no in-between times or joking around or room for errors. Everyone pretty much has their head on straight and [is focused]. Then, after practice, guys have to go home to their families,” Shumpert said. “When guys come in, it’s to get their work done and there’s a level of seriousness. I was definitely ready to win, I was ready for that [kind of atmosphere].”

The fact that Smith came along with him in the trade was an added benefit, according to Shumpert:

“Oh man, it definitely helps coming over with a teammate. Swish (J.R. Smith), even since we were in New York together, has always helped me out as far as what this league will throw at you. It’s definitely a lot easier to get traded with someone you know,” Shumpert said. “You’re never feeling like you’re in one of those modes where you’re completely detached from the rest of the team because you’re not the only new guy.”

Within the past year, Shumpert’s name has been frequently mentioned in trade talks. While such rumors may resurface during the offseason, Shumpert will again be a valuable part of a Cavaliers team that’s focused on repeating as NBA champions.