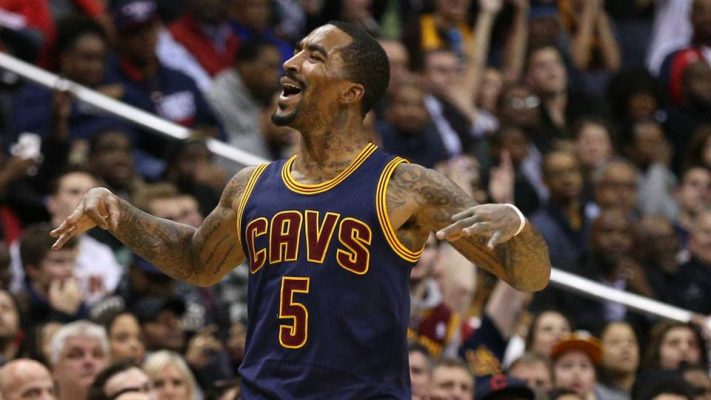 According to league sources from ESPN, Cleveland Cavaliers shooting guard J.R. Smith could return a lot sooner than expected.

The 6-foot-6 guard, who is on target for a mid-March return, could take the court in as soon as three weeks in his comeback from a right thumb fracture.

When Smith had injured the thumb initially, it was expected that he would return to the lineup either late March or early April based on a 12-to-14 week timetable.

A team source told ESPN that the shooting guard will have his thumb reimaged during the All-Star break, which could adjust his timeline. When the source was asked to describe Smith’s recovery process so far, the characterization given was “great.”

In addition, Smith is already shooting with the injured hand without any noticeable pain.

A mid-March return for Smith would be more than optimal as he would have about 16 games to regain his form before playoffs begin.