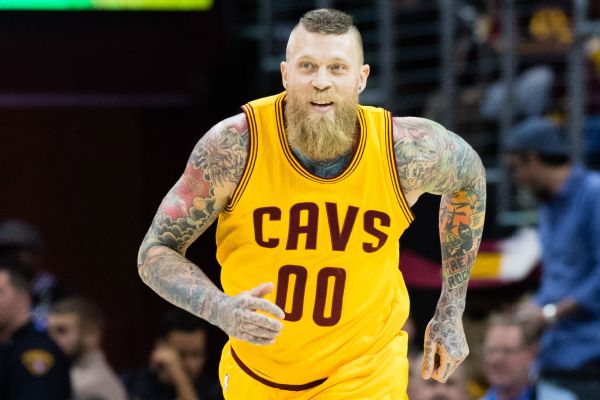 The Cleveland Cavaliers opened up another spot on their roster on Monday by trading injured center Chris Andersen and cash considerations to the Charlotte Hornets in exchange for a protected second-round draft pick.

The specific pick appears to be one that the Cavaliers won’t actually end up receiving. However, it does offer them some relief in the area of the luxury tax and frees up the possibility of the team acquiring another player.

Presume the "protected second rounder" is a paper pick the Cavs will never see. This is simply to free roster spot and ease tax burden

The pick the Cavs get from Charlotte in the Birdman deal is a 2017 top-55 protected second rounder, league source tells ESPN

Andersen, who suffered a season-ending knee injury in December, had seen action in 12 games during his first season with the Cavaliers. He averaged 2.3 points and 2.6 rebounds in those contests.

The Cavaliers will next be in action on Tuesday night, when they travel to face the Minnesota Timberwolves in a game with an 8 p.m. ET tipoff.