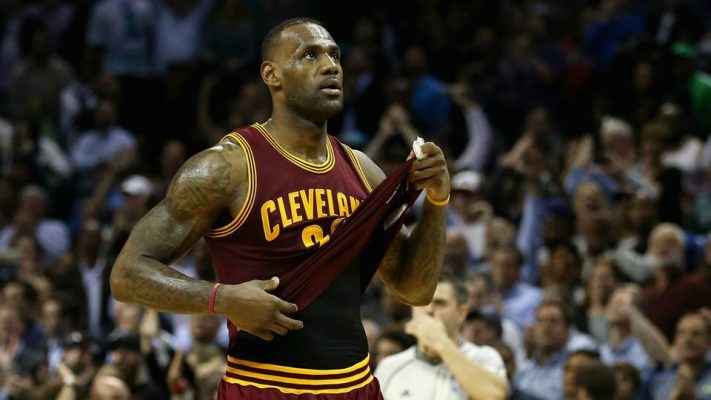 LeBron James is averaging more rebounds and assists a game this season than at any time since returning to the Cleveland Cavaliers three years ago.

His overall field-goal percentage and three-point shooting accuracy are also the highest they have ever been over that stretch.

But so are his minutes per game.

And while it’s tough to contemplate this in the euphoria of his transcendent performance Monday night at Washington, the Cavs need to find a way to cut back on the minutes of their do-everything superstar without relinquishing their grip on the top spot in the Eastern Conference.

As of this writing, only Kyle Lowry of the Toronto Raptors is averaging more minutes per game at 37.7, while James sits at 37.6. In fairness, James ranks only 11th in total minutes played, a reflection on the Cavs’ decision to hold him out of three of their first 50 games — even if the last time that happened was Dec. 26 at Detroit.

James turned 32 on Dec. 30. Of the 10 players to log more minutes than him, only Lowry and Trevor Ariza of the Houston Rockets are 30 or older. In addition, the four-time MVP already has a dozen games of at least 40 minutes played, including the 140-135 victory over the Wizards which he sent into overtime with a dramatic three-point bank shot with less than a second remaining. By comparison, he had only eight such games last season.

In late January, James eclipsed the 40,000 mark in regular-season minutes played, making him only the 33rd player in NBA history to do so. The other active players on that list — Dirk Nowitzki, Paul Pierce, Vince Carter, Joe Johnson, Jason Terry and Andre Miller — can’t hold a candle to him in what they are still required to bring night after night.

But January was a month in which the Cavs went 7-8 and played only four teams with winning records (Utah, Golden State, San Antonio, Oklahoma City). While he registered back-to-back triple-doubles against New Orleans and Sacramento, James needed to play at least 43 minutes in both games. And his efforts weren’t enough to keep the Cavs from losing to a Pelicans team forced to go without Anthony Davis or from falling at home in overtime to a Kings team once again hovering near the bottom of the Western Conference.

In the wake of that, the equivalent of an all-points bulletin went out in the hopes of finding a point guard who can run the offense proficiently while coach Tyronn Lue gives James a needed breather. A year ago, Matthew Dellavedova and Mo Williams combined to average 6.8 assists in a total of 117 games while making only 28 starts. With both of them gone, Kyrie Irving is the only member of the Cavs (other than James) averaging more than two assists a game this season. Rookie Kay Felder has played in 17 of the team’s last 19 games but has a total of only 21 assists over that stretch and hasn’t played more than 17 minutes in any game since Jan. 2.

“For the most part, all championship-contending teams have got guys that are ready to step in,” James said during a stretch when the Cavs had dropped five of seven games. “Knock on wood, what if Ky goes down? For two weeks. Let’s say two. What if I went down for three weeks?”

James set a career high in assists against the Wizards with 17. But when he fouled out with less than a minute into overtime, it didn’t seem to bode well for a team with only a 4-18 record in games since 2014 where he has not played at all.

Instead, Irving took control, scoring 11 of the Cavs’ 20 points in the extra five-minute session as they snapped the 17-game home winning streak of a likely upcoming playoff opponent.

“Man, we got championship DNA,” James said afterward. “Guys have been in position where they know how to close out games, especially Kyrie.”

General manager David Griffin still has two weeks to go until the trading deadline to tinker with a roster capable of putting the Cavs in the best possible position to repeat as NBA champions. In light of Irving’s clutch performance, perhaps the answer on how to best monitor James’ minutes could already be right under their noses.

A few victories strung together, especially some of the one-sided variety, couldn’t hurt either.