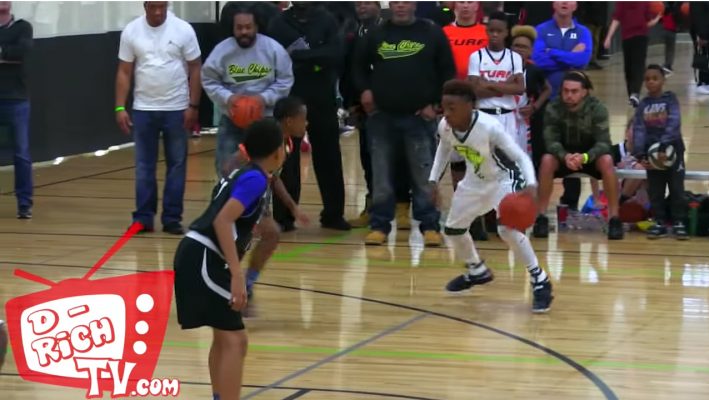 The son of Cleveland Cavaliers forward LeBron James is continuing to show that he’s inherited a good portion of his father’s abilities on the court, with the most recent example coming during a holiday tournament last weekend in Fort Wayne, Indiana.

12-year-old LeBron James Jr. and his North Coast Blue Chips 2023 team were seen competing at the 2017 Gym Rats MLK Classic. The video below offers clear evidence that the younger James, who’s currently in fifth grade, is developing many of the same skills his father has had since his formative days in Akron. These include the step-back 3-pointer and some deft passing skills.

James may still be playing by the time his son is eligible for the NBA Draft, though if the younger LeBron’s talents rival his father’s, his high draft status may prevent the Cavaliers from continuing the James family legacy.