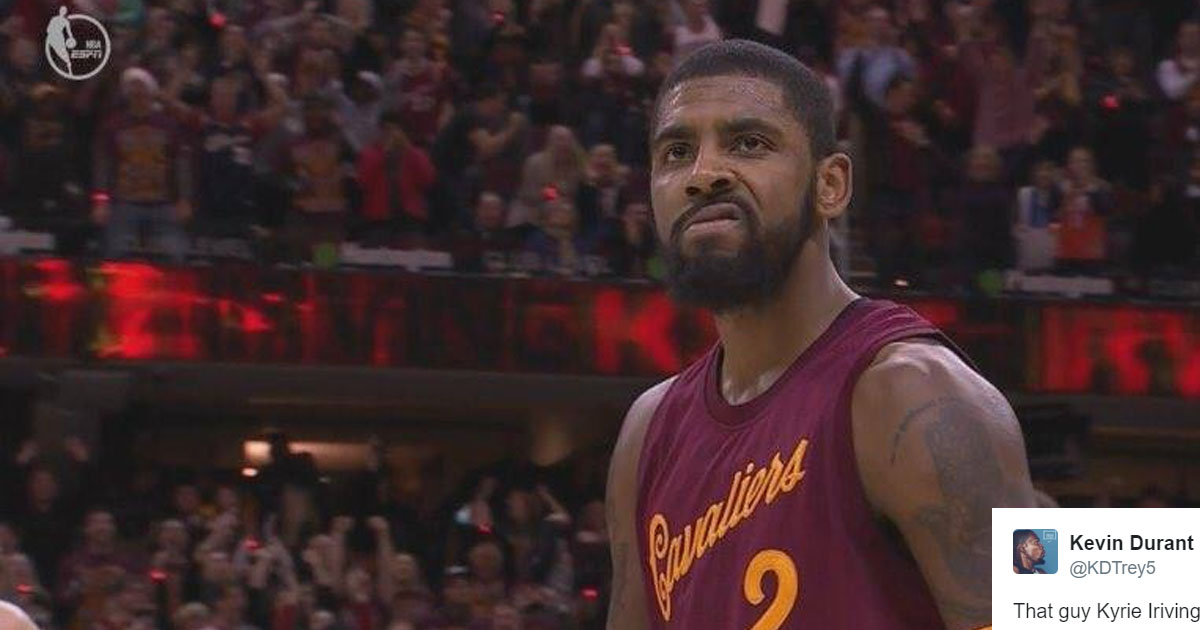 Cleveland Cavaliers superstar point guard Kyrie Irving hit the shot of the night in the Cavs’ epic 109-108 victory over the Golden State Warriors on Christmas Day.

With the Cavs down one and just three ticks remaining on the clock, Irving hit a tough turnaround jumper over opposing guard Klay Thompson to ice the victory for the Cavs.

The Warriors gave the ball to superstar Kevin Durant on the ensuing possession, however the Warriors’ newest acquisition tripped and was unable to get a clean shot at the buzzer.

The irony of the whole situation comes in the form of a tweet by Durant from over five years ago in which the forward praised the skill of Irving when he was just 18-years-old.

Irving finished the evening with 25 points, six rebounds, and 10 assists, while Durant ended his night with 26 points and 15 rebounds.