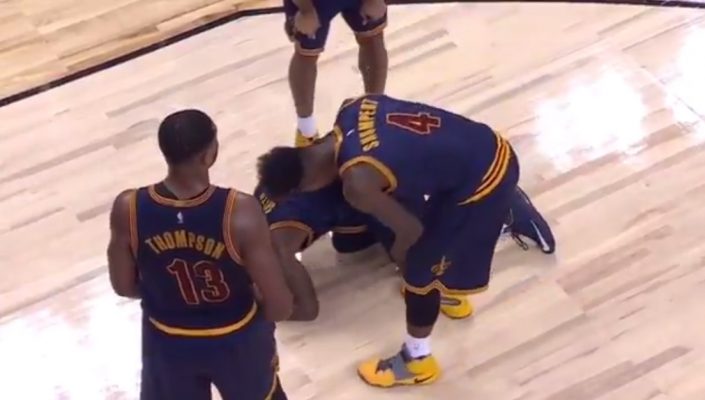 After Smith got a floater to roll, his left leg buckled as he tried to collect himself while landing. The guard attempted to walk to the other side of the court before falling to the floor in a great deal of pain.

However, according to Dave McMenamin of ESPN.com, initial X-rays on Smith’s knee have come back negative:

“Initial X-rays on Smith’s knee were negative, a team source told ESPN.com. Despite Smith’s recent desire to avoid getting an MRI, there is a likelihood that he will visit a medical professional to get ‘a deeper look’ at his knee after tweaking it Monday, a source familiar with Smith’s plans told ESPN.com.”

Although the 31-year-old has been against getting an MRI, it appears mandatory at this point to conduct one. The shooting guard is averaging some of the lowest numbers of his career. Smith is putting up 8.1 points up a game on a career low 30 percent shooting. Getting back to Cleveland for treatment, which Cavs.com writer Joe Gabriele pointed out Smith would do, is the first step in getting the veteran back on the court.

News on JR: left game w/L knee injury late in 1Q; x-rays at arena were negative, will head back to CLE for additional exam, imaging & eval.