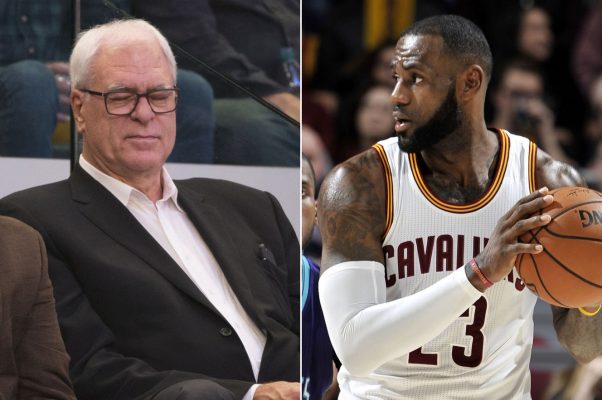 It’s a fairly common occurrence these days for former NBA players to take shots at the current NBA. They call the game soft or belittle the style of play that has become so rampant throughout the league.

And now, it seems, that former players, coaches and executives are now taking exception to the fact that today’s players demand a different level of respect and treatment than those in the past.

The topic focused in on Pat Riley and the Miami Heat, and Jackson discussed how the Heat president apparently had a breakdown of communication with several of his stars, the latest being Dwyane Wade.

“Pat has a terrific sense of what he wants to do. Now that I’m president, I have to read all this stuff about the league. Usually it’s ‘delete, delete, delete.’ But I noticed there was something about D-Wade (Dwyane Wade) and Pat’s communication breaking down the other day. I wondered about that. I found it surprising,” said Jackson.

The former Chicago Bulls coach then discussed how he believes that James demands special treatment because of who he is, and how Jackson believes it is wrong for the four-time MVP to do those things, as it ultimately leads to breakdowns.

“It had to hurt when they lost LeBron. That was definitely a slap in the face. But there were a lot of little things that came out of that. When LeBron was playing with the Heat, they went to Cleveland and he wanted to spend the night. They don’t do overnights. Teams just don’t. So now (coach Erik) Spoelstra has to text Riley and say, ‘What do I do in this situation?’ And Pat, who has iron-fist rules, answers, ‘You are on the plane, you are with this team.’ You can’t hold up the whole team because you and your mom and your posse want to spend an extra night in Cleveland,” said Jackson. “I always thought Pat had this really nice vibe with his guys. But something happened there where it broke down. I do know LeBron likes special treatment. He needs things his way.”

Those are pretty strong words coming from someone like Jackson, who hasn’t done anything lately other than spoil the second half of Carmelo Anthony’s career.

With the Knicks currently in 12th place in the Eastern Conference and the Cleveland Cavaliers sitting at the top, perhaps it would be wise to to do things James’ way, considering his teams have been to six straight NBA Finals.