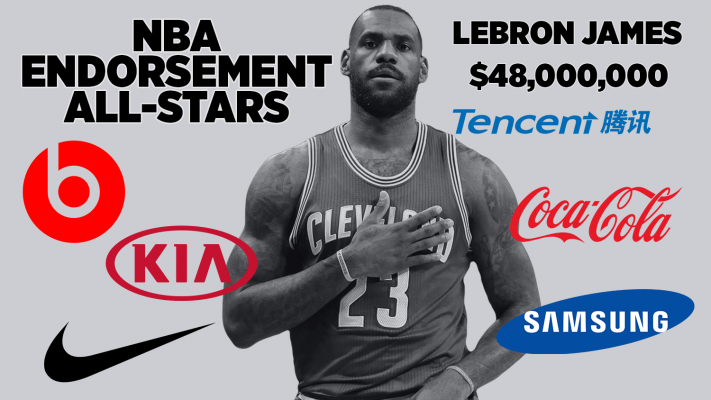 The end of the divisive presidential campaign between President-elect Donald Trump and Hillary Clinton took place on Tuesday. However, the belief by one official from Nike is that Cleveland Cavaliers forward LeBron James will take costly hit when it comes to sales of his merchandise because of his very public support of Clinton.

The unnamed official, who recently spoke with Sam Amico of Amico Hoops, indicated that supporters of Trump were likely to be critical of James’ political support of Clinton. In response, they would refuse to purchase his shoes and other items, in addition to not purchasing the non-basketball-related products he endorses.

“That’s usually how it works,” the official said. “People don’t always like it when athletes take a stand or show their belief. But LeBron isn’t your everyday athlete. Things matter to him.”

James had offered a written opinion to show his support of Clinton, then appeared with teammate J.R. Smith at a Clinton rally this past Sunday at Cleveland’s Public Hall.

That specific amount that James could potentially lose is estimated at $10 million. While James’ estimated annual endorsement income is more than his salary playing for the Cavaliers, that would still be a healthy hit to his wallet. As the official succinctly pointed out:

James has offered no comment on any potential losses, but it’s not the first time he’s waded into political controversies. That’s in contrast to Michael Jordan, whose comment about not endorsing a Democratic candidate for the U.S. Senate still remains controversial:

“Because Republicans buy my shoes, too,” Jordan was reported to have said.