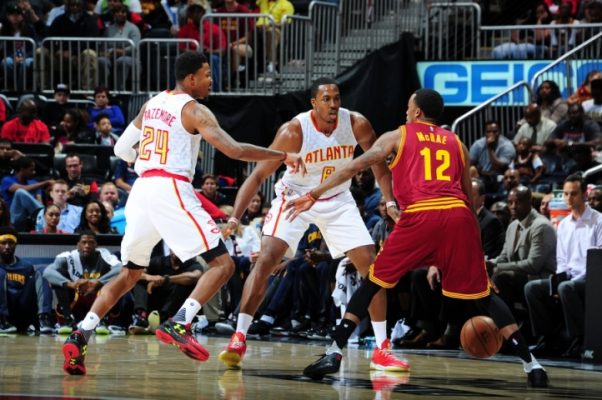 (Atlanta, GA) – Despite the absence of many players on the Cleveland Cavaliers (2-1) roster, the reserves were able to storm back from an early deficit and keep the game competitive during Monday night’s 99-93 loss to the Atlanta Hawks (2-1) at Philips Arena.

Newly-acquired center Dwight Howard was too hard to stop for the reserves on Monday night, as the Hawks big man led all scorers with 26 points (11-of-15 from the field and 4-of-9 from the free-throw line), eight rebounds, two blocked shots and two assists in his first home game with Atlanta.

The game could not have started out much better for the Hawks on Monday night, as Atlanta opened the game with a 16-2 run with Howard scoring 10 of his points in the first quarter alone.

For the Cavs, rookie point guard Kay Felder and power forward Jonathan Holmes led the way with 15 points apiece, including a team-high six assists for Felder and a solid five boards in only 17 minutes for Holmes.

Cleveland shooting guard Jordan McRae, who was very impressive during NBA Summer League and coming off of back-to-back 20-point scoring efforts against the Orlando Magic and Philadelphia 76ers, came back down to Earth a bit against the Hawks. McRae had a night to forget offensively, as the guard went a dismal 1-of-14 from the field and committed six turnovers in 40 minutes of action. However, McRae managed to record 12 points (10-of-14 from the charity stripe), dish out five assists, nab three boards, block two shots and force two steals on defense.

Up next on their schedule, the Cavs will return home to Quicken Loans Arena to play the Toronto Raptors on Thursday night. The contest, which is scheduled to tip off shortly after 8:00 pm ET, will be broadcast live locally on Fox Sports Ohio.