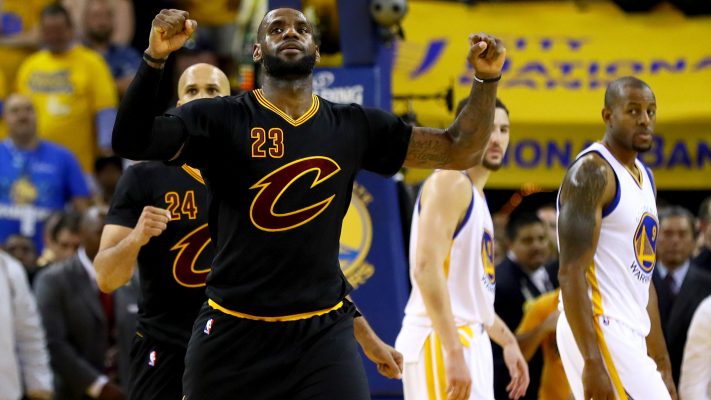 The day was 52 years in the making. It was June 19, 2016, and it was the day that the Cleveland Cavaliers completed their historic 3-1 comeback over the Golden State Warriors to win the NBA Finals.

LeBron James had a block that will be shown on highlight reels for the rest of eternity. Kyrie Irving hit a game-winning shot over the first unanimous MVP in NBA history.

And one cannot forget Kevin Love’s defensive stop against that same MVP, Stephen Curry, to set up Irving’s shot.

The Block. The Shot. The Stop.

The Big 3 combined to make three big plays and deliver the Cavs their first-ever NBA championship, and nobody has been willing to let those moments go.

Not the fans, not management and according to Brian Windhorst, not even the players.

Apparently, many of the Cavs players have spent all summer reliving the moments of Game 7, and have also been rewatching the game in an attempt to remember just how it felt to bring so much joy to a city that had been starved for a championship for over half a century.

“I was rewatching the games and talking to my teammates about it, sending them Snapchats of me watching. I got chills. My stomach was dropping knowing the ball is going in but knowing exactly, emotionally how I felt at the time. It still gets me excited thinking about it. It’s such a huge moment for not only Cleveland but our team, our families, our friends,” said Irving.

Even James admitted to watching the Game 7, not just to see what things he could improve upon, but also to simply enjoy it.

“I’ve seen it a few times. It was on NBA TV throughout the summer. I watch it from a fan’s perspective. I see what we could’ve done better, but I also watch it for enjoyment, to see those three zeros on the clock,” said James.

Cavaliers guard Iman Shumpert also stated that he has seen the game a few times since that day.

“I’ve watched it over and over,” said Shumpert. “Oh, it was enjoyable.”

And it makes sense, watching arguably the greatest collective moment of their lives over and over would be something that anyone would want to do. But now the 2016-17 season is about to begin as the Cavaliers entered training camp this week.

But with players like James, Love and Irving coming back hungry for a second shot at those feelings, it would seem as though the Cavs are as prepared to defend their title as they were to bring it home in the first place.

“That moment will never be forgotten. It will go down in history,” said James. “I always look forward. I try not to dwell in the past. There are going to be so many challenges for us. We have to be mentally focused. And we will.”