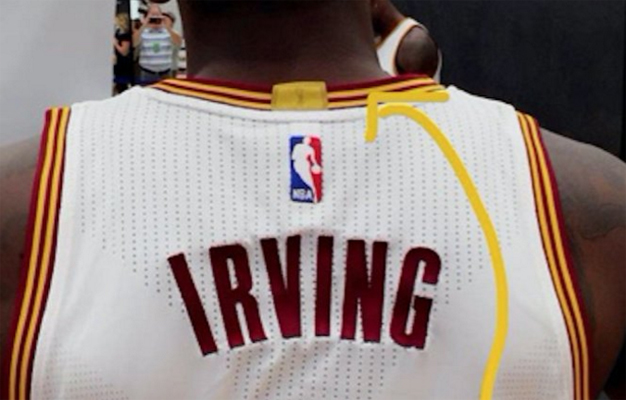 Opening night may be a month away, but at the Cleveland Cavaliers’ media day on Monday morning an incredible addition to the team’s home jerseys was revealed.

A clip of the team’s Snapchat unveiled a close-up of point guard Kyrie Irving’s jersey, which showed a championship patch stitched onto the team’s uniform.

The Cavs officially open its regular season on Oct. 25 against the New York Knicks and the players will look to receive their championship rings during the opening ceremony.