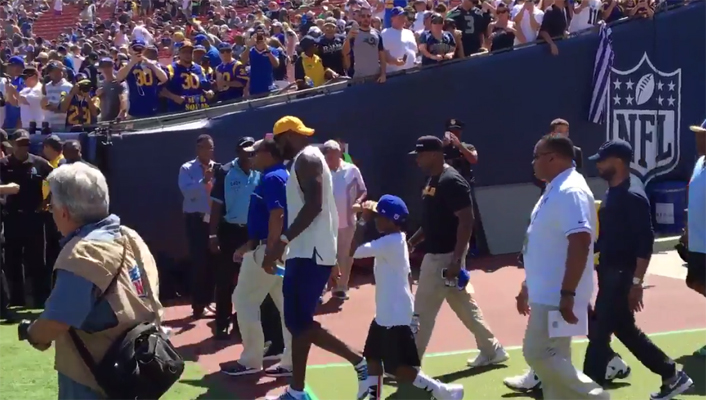 While Cleveland Cavaliers forward LeBron James continues to prepare for the 2016-17 season in Los Angeles, he decided to take a break on Sunday afternoon and watch the Los Angeles Rams’ home opener against the Seattle Seahawks with his two sons.

While heading out to the field to take in some of the pre-game festivities, James’ presence was immediately noted by some Rams fans. They proceeded to serenade him by chanting the name of his recently-retired rival from the Los Angeles Lakers, Kobe Bryant, with the situation captured in a tweet by Fox Sports West.

The National Football League thought enough of James’ appearance that they also noted it on their Twitter feed.