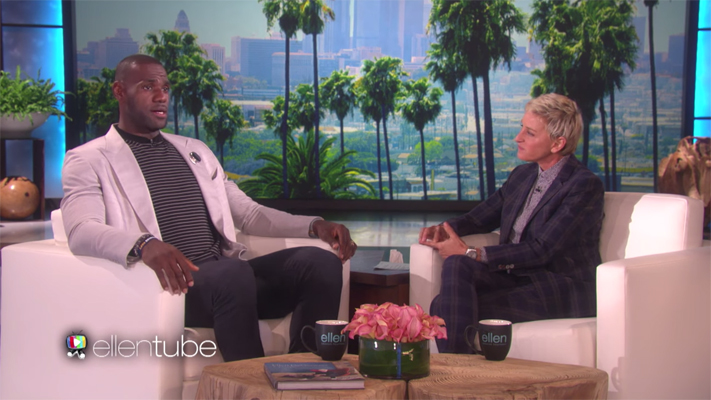 Cleveland Cavaliers superstar forward LeBron James made an appearance on “The Ellen DeGeneres Show” recently, where he opened up about bringing a championship home to Cleveland, signing a new contract with the Cavs this offseason and his obsession with going to the gym.

He also took a moment to praise superstar Golden State Warriors point guard Stephen Curry, who is also going to make an appearance on the show sometime in the near future.

“He’s definitely a great guy,” James said of Curry. “He’s a fierce competitor, I’ll tell you that. So don’t get fooled by that smile when he come up here. If any of y’all play basketball or golf, he’s going to try to get it from you. So don’t get fooled. For me, I think the best thing for me is that we’re two of the most talked-about athletes in the world, and we were both born in Akron, Ohio. So that means a lot to me.”

Greatness respecting fellow greatness and LeBron continuing to show that he is the epitome of a class act in the NBA.