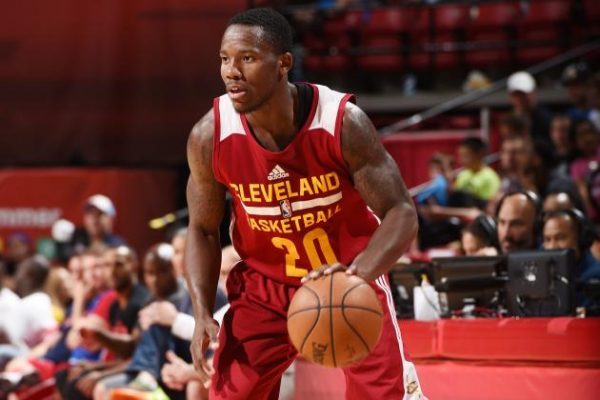 Officially adding one more player to the roster for training camp, the NBA champion Cleveland Cavaliers announced on Saturday that they had signed their lone draft pick as Kay Felder affixed his signature to a contract.

Felder was the 54th pick in the second round of the 2016 NBA Draft, with the Atlanta Hawks technically selecting him. Soon after the draft ended, Felder was then dealt to Cleveland in a financial transaction.

“Kay is a dynamic playmaker, and most importantly, the type of person and competitor that we want to add to our locker room,” Cavaliers general manager David Griffin said after the deal was announced.

In four years at Oakland University in Michigan, the 5’9″ Felder was named to the All-Horizon League’s First Team during his final two years and was tabbed as the Horizon League Player of the Year last season.

As the only player in the NCAA to rank in the top five for points and assists, Felder’s size didn’t seem to matter on the court. During the 2015-16 campaign, he averaged 24.4 points and 9.3 assists, with his 788 career assists establishing a new Horizon League record.

Felder didn’t waste any time impressing the Cavaliers with an impressive effort in Las Vegas Summer League. Averaging just under 30 minutes per contest, he scored 15.3 points per game, while adding 3.4 rebounds, 3.9 assists and 1.4 steals.

One of the reasons for adding Felder was due to the Cavs’ concern that Matthew Dellavedova would be lost in free agency. That proved to be accurate when Dellavedova signed with the Milwaukee Bucks. Though there’s no certainty that Felder can take over where his predecessor left off, Griffin is confident.

“We have a lot faith in Kay’s ability to get there. It’s going to take time for Kay, but the person he is, the competitor and the worker he is, we feel very confident if we invest in him much the way we invested in Matthew Dellavedova that we will have a player who is willing to achieve and frankly overachieve.”

Cleveland’s training camp will get underway late next month.