Video: LeBron Talks Trash to Drake After Scoring 21 Points in First Half 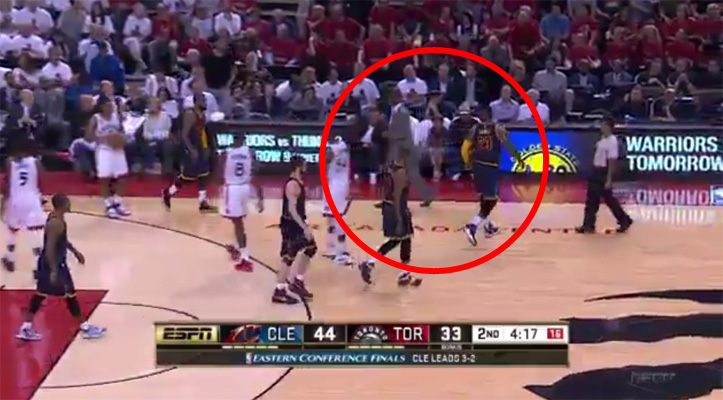 After rapper Drake notoriously taunted LeBron James and the Cleveland Cavaliers after Game 4 of the Eastern Conference Finals, it seems like the four-time MVP is getting his revenge.

James currently has 21 points on 8-15 shooting in the first half of Game 6 and he let Drake know about it afterwards.