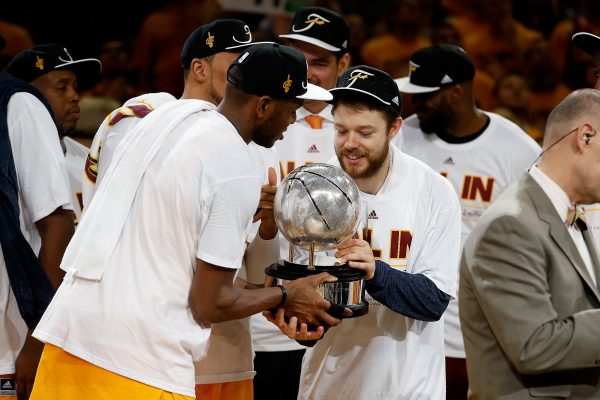 Though the Cleveland Cavaliers are currently tied 2-2 with the Toronto Raptors in the Eastern Conference Finals, one online sportsbook has now installed them as favorites to win the NBA title, replacing the Golden State Warriors who have had a virtual stranglehold on that position all season.

The Cavaliers are listed by Bovada.com as 7-5 favorites, followed next by the Oklahoma City Thunder at 8-5. Next is Golden State at 3-1, with the quartet rounded out by the Raptors at 25-1.

Prior to last Saturday night, the Cavs appeared to be in line for a possible sweep, but two losses in the span of 48 hours has now deadlocked the series. In Cleveland’s favor is the fact that two of the final three games against Toronto will be at home, including Wednesday night’s contest.

The defending champion Warriors have slipped after falling behind 3-1 in their Western Conference Finals matchup against the Thunder. They potentially could be eliminated on Thursday night when that series returns to Golden State’s home court in Oakland.