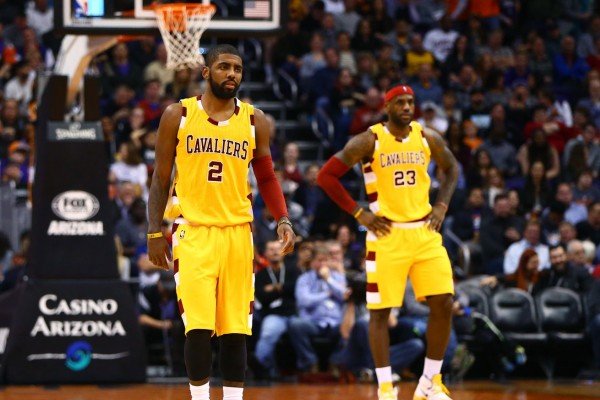 After Cleveland Cavaliers point guard Kyrie Irving struggled mightily against the Chicago Bulls on Saturday night, as he had just 11 points on 5-of-17 shooting, including four critical turnovers, the 24-year-old bounced back in a big way.

Shortly after the game, it was revealed by Cleveland’s play-by-play announcer Fred McLeod that Irving spoke to LeBron James after his horrendous performance in Chicago Saturday night.

Great story from @KyrieIrving on what he told @KingJames after Chicago game..these kind of stories on @FOXSportsOH throughout he playoffs

Kyrie texted LBJ saying he’s gotta to be better and how open the lines of communication are on this team.. https://t.co/aZtrNU4cIa

featuredkyrie irvinglebron jamesnews ticker
← Previous Story LeBron James Says Back Feels Better Than It Has in the Past Five Years
Next Story → Kevin Love: Tyronn Lue Told Me I’m a Bad M*therf*cker, and to Play Like It